Hideo Kojima: ‘Arcane is the future of animation and CG’ 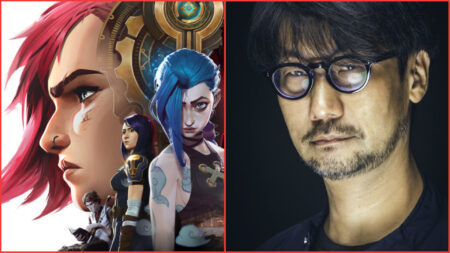 A story based on League of Legends, one of the biggest multiplayer online battle arena (MOBA) titles in the world developed by Riot Games, Arcane has been making headlines as the highest rated Netflix original series, even beating out Squid Game, uniting film critics, video game enthusiasts, and Netflix bingers globally.

Hideo revealed a Tweet today that he was initially invited to a preview before its official release, but regretfully had to turn it down.

After catching it on Netflix, he complimented the animated series, regarding it “a digital video achievement between realism and art”, which follows the footsteps of other highly-rated animated titles, “Spider-Man: Into the Spider-Verse” and “The Witness”, a short in “Love Death + Robots”.

He also went as far as praising Arcane to be “the future of animation and CG”.

“Well if even Kojima-san recommends it then I must finally find time to watch it,” one of his fans replied.

Getting an endorsement from the auteur of video games? How cool is that? Watch Arcane on Netflix now.

READ MORE: Every League of Legends Runeterra region referenced in the animated series