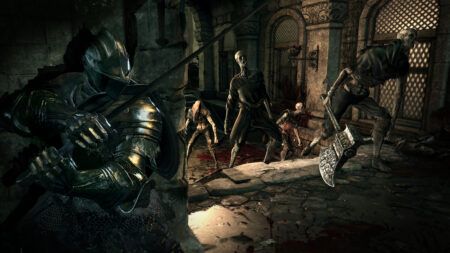 A recent study conducted by US gambling website, BonusFinder, has found the ten most stressful video games to play.

The study measured respondents’ average heart rate increase across 16 of the “most popular and challenging console, PC and mobile games on the market” including titles like Call of Duty (Modern Warfare), The Sims, and even Among Us.

Surprisingly, the game that topped the study was Nintendo’s bright and colorful Mario Kart, with 32.81% of respondents showing an increase in heart rate in a span of 30 minutes, the highest average increase overall.

Mario Kart players might experience an increase in BPM and a surge of adrenaline especially when they’re already in the last lap of the race. With power-ups like triple red shells and Bullet Bill, the race can go either way! This thought alone is enough to cause stress when playing Nintendo’s classic racing title.

Popular mobile title Among Us landed on the tenth spot.

Here are the top ten most stressful video games based on average heart rate (BPM):

It’s worth noting however that the study had a small sample size of just 14 gamers, however, all of the gamers played at least 15 hours per week and wore heart rate monitors when they took the test.

You can read the full findings of the study for yourself here.