At these prices, you’ll be saying “Mamma mia!” 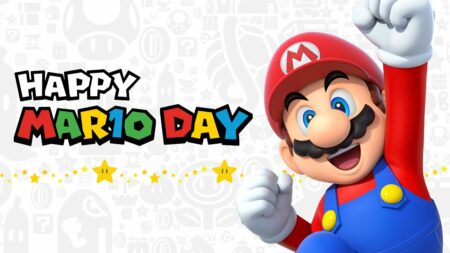 To give everyone a treat, Super Mario Bros. titles are now on sale at the Nintendo eShop with prices slashed to as low as US$39. Nintendo is giving a 35% discount to also celebrate the franchise’s 35th anniversary this year. You can read about all the games announced during Super Mario Bros.’s special anniversary direct here, which includes an official battle royale Mario game.

As for the MAR10 Day sale, you can get a good deal on four Super Mario video games: Super Mario Maker 2, Super Mario Party, Luigi’s Mansion 3, and Mario Tennis Aces. Super Mario Party is a must-have game especially if you are looking for a good Nintendo Switch party game to play with your family this quarantine season.

Nintendo is also bringing back the Nintendo Switch – Mario Red & Blue Edition on selected retail stores. It is a special Switch system which adopts the colors of Mario’s outfit from the joy-controllers, charging dock, to the Switch body itself.

It comes with a cute carrying case as well, all for US$300. View the official product listing here.