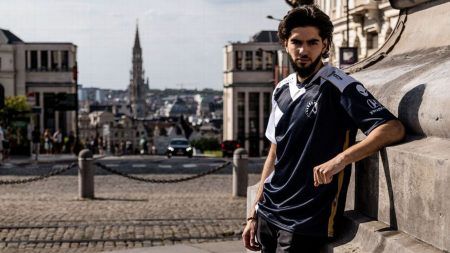 Credit: Team Liquid and 1UP Studios

At the EU First Strike Qualifiers, Team Liquid’s Adil “ScreaM” Benrlitom showed off why he’s still considered one of the greatest CS:GO players of all time with an incredible display of marksmanship against Prodigy.

Any hopes of a Prodigy comeback were squashed when ScreaM completely crushed their morale in the 11th round with a scintilating ace that saw him hit five headshots in a row.

Liquid went on to win the game, and ScreaM was named MVP with a 321 average combat score and 48/29/7 KDA over both games.

The League of Legends off season is here and with it has come a number of surprising roster shakeups.

Perkz has been with G2 for the past five years, but wishes to explore new opportunities, with current rumors suggesting he is heading to the LCS to play for Cloud9.

Likewise, Rekkles has been the face of Fnatic for the past five years, but also plans to move on, with current rumors suggesting he might actually replace Perkz on G2.

With the ONE Esports MPL Invitational just one week away, we now know the full bracket for the first round.

The bracket was selected through a live draft that saw the four MPL Champions — RRQ Hoshi, Bren Esports, Todak, and Burmese Ghouls — take turns drafting teams to their quarter of the bracket.

While most teams were expected to use the draft to try to avoid tough competition like EVOS Legends and Alter Ego, RRQ Hoshi immediately used their first two picks on their MPL ID rivals, setting up an epic first round match.

When asked why they chose EVOS Legends and Alter Ego first, RRQ Hoshi said they want to play the best teams, but their strategy also means that at least one of their toughest competitors will be immediately eliminated from the competition.

Additionally, with EVOS Legends sporting a new squad bolstered by recent additions, Antimage and LJ, having them play Alter Ego in the first round could mean that they won’t have time to build up team chemistry first playing against easier opponents.

The MPL Invitational kicks off on November 27, at 11 a.m.