Under the SEA (League): A closer look at Geek Fam

Can Geek Fam capture their first championship of the year? 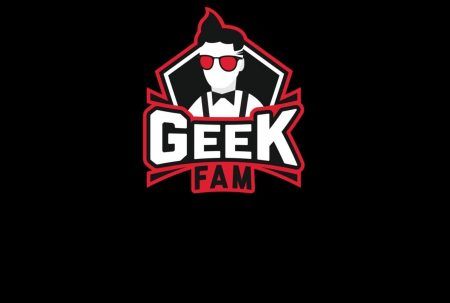 Geek Fam is currently on a strong, two-month run of Top 4 finishes at every tournament they have participated in. However, they have yet to win an event against the other best teams of Southeast Asia, and they’ll definitely be looking to prove themselves against the best teams in the region at the SEA League.

Here’s a quick rundown of the team’s performance this year, and a closer look at the Geek Fam roster and how it matches up against its SEA rivals in the ONE Esports Dota 2 SEA League.

That prompted the team to announce a new roster for the 2019-2020 Dota Pro Circuit (DPC) in September, with Raven and Xepher the only ones remaining from the previous lineup.

Geek Fam had a rough start to the season, as they failed to qualify for both the MDL Chengdu Major and DreamLeague Season 13: The Leipzig Major. That forced the team to undergo a roster change as early as last December, as they replaced Ryoya with Filipino midlaner Karl “Karl” Jayme.

The team had another chance to make it to the Leipzig Major after they qualified for the WePlay! Bukovel Minor in January this year, but they only managed to finish in third place. That prompted another roster change, with DuBu leaving the team and Matthew “Whitemon” Filemon coming in as the team’s new position 5 support player. With DuBu’s departure, Kuku took over as the captain of the team.

Before the DPC was indefinitely suspended following the cancellations of the ESL One Los Angeles and EPICENTER Majors, Geek Fam looked strong as they topped the SEA Qualifier of the Los Angeles Major.

The team has improved greatly since then, finishing in the Top 4 of every event they participated in. In April alone, Geek Fam finished fourth at ESL One Los Angeles Online: SEA, second at the ESL SEA Championship 2020, and third at BTS Pro Series: SEA Season 1.

In May, they finally won their first tournament of the season at the Cyber.bet Cup: Spring Series – SEA, which they then followed up with a third place finish at ESL One Birmingham 2020 Online: SEA.

Raven and Karl form a dynamic carry duo for Geek Fam, as they often take turns playing as either the farm-intensive hard carry or the aggressive playmaking core depending on the team’s needs.

Kuku usually plays as the team’s frontline tank or initiator, while Xepher adds another playmaking element to the team from the backlines as the position 4 support. Meanwhile, Whitemon takes on a more sacrificial role as the position 5 support to help enable his teammates.

Geek Fam are one of the strongest contenders in SEA at the moment, but they are still looking for a big tournament win against the region’s other top dogs in Fnatic and TNC Predator. The ONE Esports Dota 2 SEA League may very well give them that chance.