Another unsuccessful Major cycle has prompted another roster change for Geek Fam. 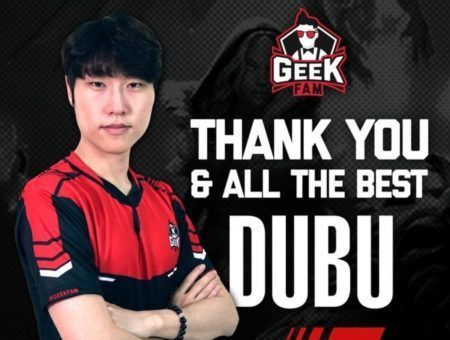 DuBu first joined the team last September as part of its initial lineup for the 2019-2020 Dota Pro Circuit (DPC) season.

Geek Fam were unable to qualify for the first two Majors of the season with Dubu at the helm, though they did make it to their respective Minors. The team finished fifth-sixth at the Dota Summit 11 Minor and third at the WePlay! Bukovel Minor.

“We would like to thank Dubu for being part of the team. We were blessed to have you as part of the fam and we will cherish the moments spent with us. We wish you goodluck and all the best, Dubu,” said Geek Fam in the announcement the team posted on its Twitter account.

It is unclear who will be replacing DuBu in the roster with the qualifiers for the next Major cycle set to be held soon in early February.