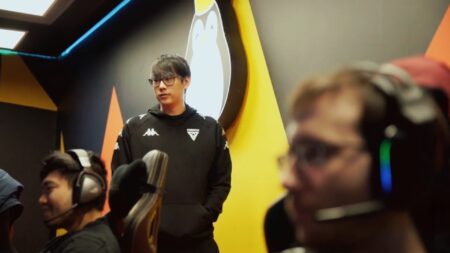 The ESL One Stockholm Major group stage is almost coming to an end. With just one day left to go, there’s a stark contrast in competitiveness between the two groups.

Three teams have secured their upper bracket playoff spots in Group A, though there could still be some fierce fighting for the fourth slot.

Meanwhile, one game separates six teams in Group B. It’s still a close race heading to the finish line, with tons of seeding implications on the line.

Tundra set the standard for consistency and high-skilled play in Group A, going a perfect 4-0 in day three and compiling a 9-1 record to guarantee a top two spot.

Tundra’s closest competitor, BetBoom, was also the only series where Tundra looked like they struggled, finishing 1-1. Therefore, if Tundra loses to T1 in the final day and BetBoom beats OG, Tundra will slip down to second due to tiebreaker rules.

BOOM Esports currently sits in the fourth spot, and OG is the only one with the chance to overtake them. If OG wins just one game against BetBoom, they’ll take the upper bracket spot from BOOM. At worst, OG will still be able to play a tiebreaker. If beastcoast wins both games too, a potential three-way tiebreaker could be at hand.

North American team Evil Geniuses is having a torrid time at the Stockholm Major.

The team only has one win out of 10 games played so far. Yet, there’s still a fringe chance for them to avoid elimination.

EG will play against beastcoast in their final match tomorrow. The South American team also hasn’t been doing too hot, currently sitting on a 3-7 record.

If EG wins their series 2-0, they will force a best-of-three tiebreaker against beastcoast. Then, they need to win two more games.

This means EG needs to win at least four games out of five potential matchups to avoid an early exit. Keep in mind that beastcoast, while having a losing record, has taken games off two of the strongest teams in Group A: BetBoom and T1.

There’s a lot to be done—but there’s still a way for EG to sneak into the lower bracket with some fighting spirit.

Group B is hot potato for playoff spots

With two series left in Group B, there’s still a potential for a six-way tie.

If both Fnatic vs Gaimin Gladiators and Thunder Awaken versus TSM finishes 1-1, all six teams will have a 7-5 record. Judging from how even the series have been, it’s not an impossible feat to achieve.

Should any of these four teams win their series cleanly, however, they’ll leapfrog the standings to the top spot of the table.

If only one series ends 1-1 and the other ends 2-0, the winner of the 2-0 series will earn first place, while the loser will start their main event campaign in the lower bracket. Then, four teams will play best-of-one tiebreakers to determine their final placements and playoff seedings.

If both series end 2-0, the respective winners will take first and second in Group B and will be separated by their head-to-head records, while Team Liquid and Team Spirit will also secure upper bracket slots.

Somehow, Thunder Awaken is finding their way into some of the best matches of the tournament so far.

This time, the South American team was on the other end of the comeback. After a statement mega creeps comeback in day one against Team Liquid, Thunder Awaken got a taste of their own medicine today against Gaimin Gladiators.

Gladiators’ midlaner Miroslav “BOOM” Bičan was the star of the show this time round. His exceptional Storm Spirit almost single-handedly kept his team in the game while his allies endured a terrible time from Thunder Awaken’s constant aggression and kill threats.