This is how Deth became OB.Neon’s last-minute savior

“Wake up, you need to play in the Major!” 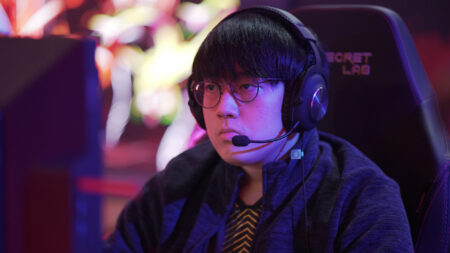 OB Esports x Neon is the last team representing Southeast Asia in the ONE Esports Singapore Major. T1 were knocked out of the tournament after the Wild Card. Then, Neon eliminated fellow SEA squad Fnatic when they defeated them in a lower bracket elimination match yesterday.

First, both Jaunuel and PlayHard shared they were saddened by the fact that their carry player John Anthony “Natsumi-” Vargas was unable to join them to the Singapore Major. Both Filipino players shared that they’re really comfortable playing with him as their hard carry player.

Neon qualified into the ONE Esports Singapore Major’s Group Stage when they finished second in the DPC SEA upper division. During Day 1 of the Group Stage, Neon played with their first stand-in player Rafael “Rappy” Sicat Palo who replaced Natsumi-.

Unfortunately for Neon, Rappy discovered he had come in close contact with someone who tested positive for COVID-19 on Day 1 of the Group Stage. Neon was then in a mad scramble to find a replacement player for Rappy. OB Esports x Neon’s manager quickly reached out to Andrei “skem” Ong to look for a replacement.

Looking at all the different options available with only a few hours left before they were set to play in Day 2 of the Group Stage, everyone in the team agreed that Deth was the best choice because he’s a strong offlaner and since he lives in Singapore.

“We were so lucky Deth replied so fast!,” said Jaunuel and PlayHard.

“To be honest, it was all a blur to me. First I was asleep, so the team couldn’t contact me. So skem reached out to my girlfriend, but my girlfriend was also asleep,” said Deth. “Skem continued frantically calling my girlfriend up until she woke up, then she repeatedly called me until I woke up too.”

When asked if they’ve ever played together, Deth shared that this is the very first time he’s playing with any of the players from OB Esports x Neon. With that said, the team hoped that they don’t need to add any more stand-in players to their social media posts.

PlayHard also shared his experience playing in his first-ever DPC Major. “For me, all the teams are so good because they’re so disciplined.” Jaunuel then chimed in by saying, “the ONE Esports Singapore Major would have been a lot more fun if COVID wasn’t happening.”

OB Esports x Neon will face Vici Gaming in a lower bracket elimination match today in the ONE Esports Singapore Major Playoffs. Tune in and watch the match at 4:00 p.m. GMT+8 on our different streaming platforms (Twitch, Youtube, Twitter, Facebook).