This is why nobody picked Huskar in the Regional Qualifiers

Huskar’s niche isn’t enough to get the hero picked. 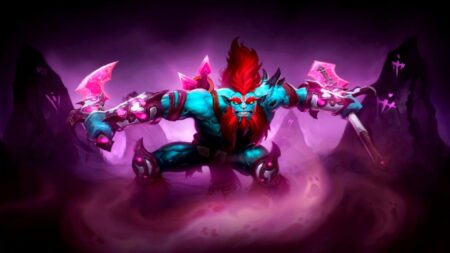 The Regionals Qualifiers for the International 10 are over and some heroes were completely absent. With almost 300 matches across different regions, almost every hero made an appearance. Notably among the unpicked heroes was Huskar.

Huskar has been a cheese pick for almost his entire existence. Teams would last pick the hero in drafts that allow him to dominate the game. With 294 games across 6 Regional Qualifiers, being unpicked means there are a lot of reasons to avoid this hero right now.

Why nobody wants to pick Huskar right now

He isn’t the powerhouse midlaner he used to be

One of the biggest reasons Huskar was a good last pick was due to how he can obliterate certain matchups. He can ruin the opposing mid’s laning stage and then proceed to make space across the map.

Nowadays though, most mid heroes can shrug off Huskar’s harassment. This is due to the changes in how Runes spawn. When runes used to only spawn on one side of the river, it was a race for the midlaners to get the rune. That no longer applies.

Now it’s very easy for both midlaners to get a water rune at the two and four-minute mark and refill their bottle. This bottle refill mitigates a lot of harassment and allows enemy mids to spam their spells as well.

The hero isn’t the type who jungles very efficiently. The hero is built to dominate the lane and get a large part of his gold from killing enemy heroes.

In the current meta, stacking is very strong. This allows a starved core to quickly catch up if they are behind or allow a farmed core to pull further ahead. Huskar doesn’t have that option.

Huskar has Inner Fire which allows him to flash farm, but it’s typically the last skill he maxes. It also isn’t the best farming skill. This dependency on killing enemy heroes places the hero in a very precarious situation if he doesn’t crush the laning stage.

Too many meta heroes counter him

The current meta supports all do very well against the fire troll. Huskar likes to keep his health pool around 40% to benefit from Berserker’s Blood. However, that leaves him very exposed to being burst by Lion and Hoodwink, the two most popular supports in the Regional Qualifiers.

And it’s not like the hero does well against the other meta supports. Phoenix and Wyvern nullify the damage from Burning Spears, while AA completely shuts down his healing, rendering Huskar very fragile in fights.

And that’s just the supports, The current carries also crush him. Meta carries like Luna, Medusa, and TerrorBlade all get Eye of Skadi as part of their item build. Eye of Skadi is a natural counter to Huskar, allowing these carries to render him useless without having to do anything different.

Those are the three main reasons why Huskar is unpickable right now. The International 10 will be here in October and it’ll take a big meta shift to bring the hero back by then.