You thought to tame the Lion? 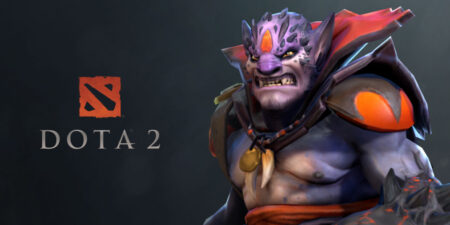 Lion is currently the most picked hero in competitive Dota 2. Lion has made 114 appearances across 262 games in the Regional Qualifiers, which is close to half the games right now.

The hero is also the second most played in pubs, after everyone’s favorite hero, Pudge.

It’s always exciting to watch the Regional Qualifiers for Dota 2. Players in different regions interpret the game differently, and showcase their own distinct style of play.

As such, it’s interesting to find that Lion has been a consistent pick across the Regional Qualifiers.

What makes Lion so popular across regions?

In competitive Dota 2, one of the best things to have during drafting is a flexible hero. Flex picks allow captains to have some fluidity in their draft, and adjust their lanes accordingly.

A hero like Centaur Warruners can only be played in the offlane, and when picked, immediately reveals how that lane will be played.

Lion on the other hand, fulfills both support roles easily. The hero is comfortable babysitting a farming core, can set up kills in aggressive lanes, and is a solid roamer. This flexibility allows Lion to start in whichever lane he is most effective in.

His toolkit is perfect for this meta

Strong disables are always good in Dota 2. Lion can solo hex an enemy for four seconds, and has an AoE stun as well.

Even though players are unlikely to land the stun on multiple enemies all the time, when it does, it has a high potential to win the engagement for the team.

Lion also buys Blink Dagger every game, which allows him to start engagements for his team. Should Lion get a good blink in, the fight is pretty much won.

Other than his ability to catch enemies, Lion’s ultimate allows him to kill them as well.

Finger of Death is one of the most damaging nukes in the game. It also scales with every kill he gets. Being able to burst down an enemy at the start of a fight is one of the best ways to counter the current heal meta Dota 2.

He’s a counter to illusion heroes

Mana Drain is Lion’s least talked about spell. In the past, all it did was drain the enemy’s mana.

However, after receiving buffs over the years, the ability now also slows enemies for its duration. The new Shard further allows it to target up to three enemies, and grants Lion magic immunity.

Mana Drain’s strongest aspect is its ability to instantly destroy illusions. Meta heroes like Terrorblade, Medusa, Spectre, Luna, and Axe all build Manta Style, and rely on illusions to deal a significant part of their damage.

There are simply no good alternatives to Lion

Every role in Dota 2 has multiple sub-roles to it. The offlane, for example, can facilitate big tempo setters like Timbersaw and Bristleback for the early game. Alternatively, strong team fight initiators like Tidehunter and Magnus can also go into the offlane.

When it comes to supports with strong disables, three heroes stand out: Lion, Bane, and Shadow Shaman.

Out of these three, two have not been popular picks. Shadow Shaman has only been picked five times across the entire Regional Qualifiers, while Bane hasn’t even been picked once.

Bane’s main problem is that he only provides single-target disables. His ultimate too, comes with too many flaws. Fiend’s Grip is a channeling spell with a long cooldown of 120 seconds at level one.

Not only that, the spell can be dispelled, and doesn’t even do much damage. There are simply far better options than Bane.

Shadow Shaman fares better, but just barely. The hero has a nuke, but it’s incomparable to Lion. While both Lion and Shaman have a Hex, Lion’s has a shorter cooldown and lasts longer at max level.

Shaman’s saving grace is his ultimate, which is good at pushing. Teams however, tend to look to cores for tower damage, which mitigates Shaman’s best ability.

In all, Lion has been a staple pick this year. The hero provides a ton of control, great nuking power, and a reasonable laning stage. Can we expect Dota 2’s upcoming patch to rein him in?

READ MORE: This is how the pros are beating the current Dota 2 Heal meta