Pudge’s big buff in Dota 2 patch 7.30 will get you hooked on playing him

Rejoice! More Pudge in your pubs this patch. 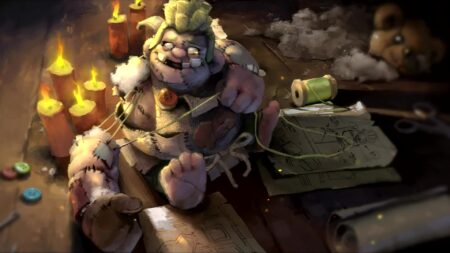 Dota 2’s latest update added a multitude of changes to the game, and one of the biggest buffs is to Pudge.

Multiple heroes have had their Shards and abilities reworked. Seven neutral items have been removed while eight more got added, opening up a whole new world in Dota 2 patch 7.30.

While the update to Pudge doesn’t look huge on paper, the latest Dota 2 patch 7.30 buff has had a big impact on the hero’s viability.

While these two nerfs will affect him, they are unlikely to cripple the hero, for he usually buys a few early mangos and clarities to sustain his mana pool.

What’s more, the Dismember range nerf will only affect the hero after 20 minutes into the game, which isn’t a deal breaker.

It is the buff to Meat Hook that has gotten players excited. Meat Hook can now instantly kill all creeps except for ancient creeps. This change gives the hero a solid way to secure some creeps for himself during the whole game, similar to Mirana’s arrow.

In what ways has Pudge been buffed?

Being able to one-shot creeps at all stages of the game provides a lot more utility to the hero. This gives players the following options:

Pudge can now slow down pushes in Dota 2 patch 7.30

Players can use Meat Hook on the siege creeps to significantly slow down enemy pushes. This is most effective early game when the siege creep is particularly hard to bring down for most heroes.

Pudge can secure the ranged creep

Being able to always secure the most lucrative creep every 30 seconds is one of the best things for support heroes. Hurray for Pudge players!

The buff most people are excited for, especially in pubs where Pudge is less of a hero and more of a map tourist who walks around, watching their allies die while missing hooks.

Meat Hook now allows him to get some farm from the jungle during downtime. Getting a couple of big creeps will provide the hero with a source of farm throughout the game, something he was lacking previously.

Is Pudge going to be played competitively after Dota 2 patch 7.30?

Pudge’s biggest moment in his career was when Danil “Dendi” Ishutin picked him in The International 3 and exploited the now infamous fountain hook trick.

This trick allowed him to hook heroes to his fountain, after being teleported to base by Chen.

Since that trick was removed immediately after TI3, Pudge has struggled to find a consistent place in the meta. The hero has been drifting in and out of the competitive scene, never really establishing an identity as an offlaner or support.

This Dota 2 patch 7.30 buff gives him some much-needed utility, but it doesn’t address the core issue of this hero: he lacks team fight prowess, and relies almost exclusively on a single skill shot to make an impact.

Pros have been experimenting with the hero at the tail end of patch 7.29, where Pudge emerged as a tempo carry. Time will tell if it sticks.