Dota 2 patch 7.30b: Are these big nerfs enough to kill the zoo meta?

A detailed breakdown on what’s changed. 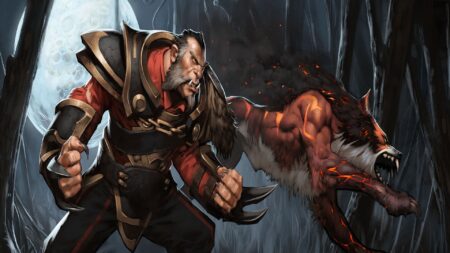 Dota 2 patch 7.30b is out, nerfing overpowered heroes and strategies that have been running rampant in the game.

Before this, when Valve released Dota 2 patch 7.30, there were several big item changes. Among them was a rework of Helm of the Overlord, an item that was mostly ignored previously.

Helm of the Overlord received a strong buff in this follow-up patch, with the addition of Vladimir’s Offering as one of its components. It now provides multiple auras to the team while supplying them with a very buffed creep.

The previous patch also buffed Beastmaster and Lycan, two heroes renowned for their pushing power, who also happen to be the two most successful heroes in ESL One Fall 2021.

As such, patch 7.30 was the perfect recipe for a zoo meta. Players would rush Helm of the Overlord and pick strong pushing heroes like Beastmaster, Lycan, and Chen.

Icefrog recognized this problem early on, and in less than a week, we now have a new update, Dota 2 patch 7.30b.

Beastmaster received a nice buff to his laning stage in previous patch 7.30 that has been left unchecked, for IceFrog has chosen to solely address Beastmaster’s power spike at level 15.

Having bonus 350 health to Beastmaster’s controlled creeps made them nearly unkillable. With two boars and one dominated creep, Beastmaster’s level 15 talent previously provided 1,050 bonus health to his army, making them impossible to burst down.

Reducing it to a 750 health boost makes the hero’s push a little easier to deal with. The talent is still a significant power spike for the hero though.

The current nerf is unlikely to push Beastmaster out of the meta completely. It will however, slightly reduce the impact of his power spike at level 15.

Poor Broodmother was butchered in patch 7.30 after being the most dominant hero in the competitive scene. The hero went from a 51% win rate to 39% after the patch, the lowest win rate in the game.

IceFrog decided to show her some love in 7.30b by giving her a couple of buffs. Her agility gain was improved, along with increased damage to Insatiable Hunger.

While these are nice buffs to Broodmother’s ability to right-click, she is still in a bad spot. Broodmother’s mobility and pushing power were heavily nerfed in 7.30, which were the hero’s greatest strengths. Unless these two aspects are given a boost, the hero will remain absent in the pro scene.

The nerf to Lycans’ Howl is small, but adds up over the course of the game. One armor in Dota 2 translates to roughly 6% extra durability to physical damage. Howl had a big AoE effect which made it easy to apply on the entire enemy team.

Now, Lycan’s enemies collectively lose 35 armor instead of 40, so it’s less threatening when Lycan runs in.

Lycan’s wolves also deal considerably less damage from the level 10 talent. While it still adds a lot of DPS, five less summon damage along with more armor on enemies makes Lycan a more manageable hero to play against in Dota 2 patch 7.30b.

Silencer was one of the biggest winners of patch 7.30. The hero’s damage output was significantly buffed, along with a talent rework that made the hero’s scaling a little smoother.

Two of Silencer’s talents were slightly nerfed in this iteration. Overall, Silencer remains a potent support and the nerfs in Dota 2 patch 7.30b aren’t going to change that.

Dark Pact took two hits in Dota 2 patch 7.30b. Of the two nerfs, it is the mana cost increase that impact players the most throughout the game.

Dark Pact is Slark’s main farming tool and the mana increase makes it harder to farm with. While Slark builds multiple items that boosts his mana pool, such as Echo Sabre and Skadi, this change will slow down his farming early on.

The damage reduction at level 15 is insubstantial in comparison. Dark Pact still does plenty of damage, and in the late game, is used more for the dispel.

It’s really the mana nerf that Slark players will feel the most in Dota 2 patch 7.30b.

Helm of the Overlord

Dota 2 patch 7.30b tames the item by adding an extra 250 gold to Helm of the Overlord recipe cost. This means the item will take at least another minute of farm to come online.

That one-minute delay gives teams a little more breathing room to deal with Helm of the Overlord.

This nerf, along with the nerfs to Lycan and Beastmaster, significantly reduces the power of the zoo meta. However it’s unlikely that the zoo meta is completely phased out, it’s still a deathball push, just a little slower.

Silver Edge provides a lot of value for its cost, and that hasn’t changed in Dota 2 patch 7.30b. Invisibility, critical strikes, breaks, and guaranteed bonus damage when breaking invisibility means that Silver Edge is still a fantastic situational item.