With their season looking as grim as ever, PSG.LGD has once again undergone a roster shuffle. 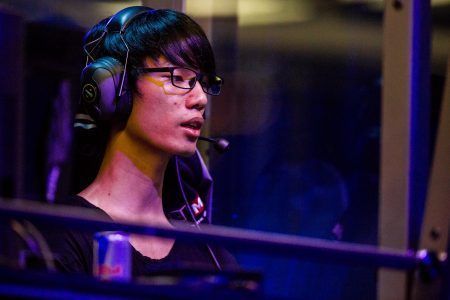 PSG.LGD have announced that they have loaned Ren “old eLeVeN” Yangwei from EHOME as their new offlaner. Yang “Chalice” Shenyi will become to the team’s new carry position or Position 1.

Chalice has been PSG.LGD’s offlaner since he first joined the team in December 2017, quickly cementing himself as an integral part of what would then become the best team in China.

Meanwhile, old eLeVeN is a decorated veteran of the Chinese Dota 2 scene who has been a member of the EHOME organization since 2015. He has not been playing for the organization since March 2017, however, and has been loaned four different times since then. He previously had a six-month stint with the old LGD team in 2017.

The team’s latest roster change comes after Malaysian carry player Lai “Ahjit” Jay Son was quietly removed from the team’s roster at the end of February.

The Ahjit trade notably came after the team decided to skip the MDL Chengdu Major then later failed to make it past the open qualifiers for the first time this season in their return to competition for DreamLeague Season 13: The Leipzig Major.

PSG.LGD then participated in the Los Angeles Major Open qualifiers with Li “ASD” Zhiwen as a stand-in for Ahjit, but they crashed out of their second open qualifier of the season after losing to Team Blaze.

With this latest roster shuffle, PSG.LGD are surely hoping that they will be able to return to their old form as one of the best teams in the world — as proven by their second and third-place finishes at The International (TI) in 2018 and 2019, respectively.

However, they will face a steep climb back to relevance after the novel coronavirus disease (COVID-19) pandemic has forced the postponement of the Los Angeles Major and the cancellations of the Dota PIT Minor and the EPICENTER Major.

This leaves the ONE Esports Singapore Major as the only DPC event that PSG.LGD will be able to attend in order to acquire the necessary DPC points required to secure a direct invite to TI10.

Should the coronavirus situation continue to worsen, PSG.LGD could very well go through the entire season without having acquired a single DPC point. That would mean that the team will have to go through one more open qualifier — which has been the bane of their existence so far this season — just to even make it to the tournament’s regional qualifiers.

With that said, PSG.LGD’s new roster will begin their campaign to retake their place among the best teams in the world by competing in the WeSave! Charity Play online charity tournament as well as the China Pro League.