PSG.LGD failed to make it out of Open Qualifiers for the second time in a row. 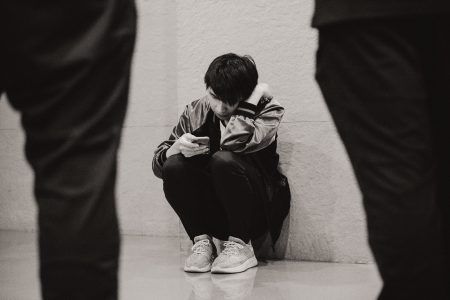 PSG.LGD, one of the most prestigious Dota 2 organizations in China and a team that’s placed well at Valve’s The International tournaments in the past three years, has failed to make it past the Chinese Open Qualifier for the second time in a row.

The Chinese team made headlines for their unexpected roster changes hours before they were set to compete at the Chinese Open Qualifiers for the ESL One Los Angeles Major.

PSG.LGD managed to survive their brutal best-of-one matches but fell to Blaze in a best-of-three finals match. Blaze is a Chinese team that features Bi “Axx” Xia, the first female player to compete in a Dota 2 closed qualifier event in the Dota Pro Circuit.

Blaze bested PSG.LGD and proved to be the better team in both games of the finals. In game one, Blaze’s core heroes outshined PSG.LGD’s veteran lineup and neutralized Lu “Somnus丶M” Yao’s Juggernaut and Li “ASD” Zhiwen’s Shadowfiend.

In game two, PSG.LGD bet it all on an unexpected Meepo pick for ASD. In response, Blaze drafted the new Snapfire hero and used her Mortimer Kisses ultimate to counter ASD’s Meepo.

Blaze then pulled off one of the biggest upsets in DPC history by eliminating PSG.LGD 2-0 and now, the relatively new squad will be advancing to the Chinese closed qualifier.

PSG.LGD’s difficult 2019-2020 DPC season continues to spiral out of control.

After the team decided to skip the MDL Chengdu Major, they’ve been forced to participate in the Chinese open qualifiers to make it to DPC events.

They failed to advance to the DreamLeague Season 13: Leipzig Major closed qualifiers, and now they’ve missed out their chance at participating at the ESL One Los Angeles Major.

This means the team only has two more chances to gain DPC season points to qualify for The International 2020. PSG.LGD must now qualify for the EPICENTER Major in May and place well in the tournament itself. Then, they’ll need to perform exceptionally well at the ONE Esports Singapore Major in June to even have a chance at this year’s TI10 tournament.