PSG.LGD has traded Ame to CDEC for Ahjit

This blockbuster trade is the first roster change for PSG.LGD in two years. 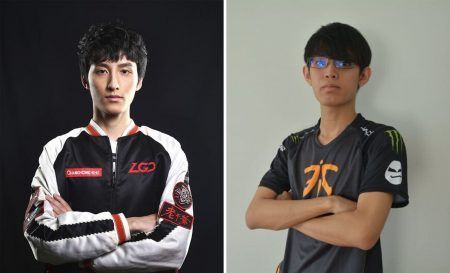 The trade follows a very rough start to the 2019-2020 Dota Pro Circuit (DPC) season for PSG.LGD. The team had to miss the first Major cycle of the season as captain Xu “fy” Linsen recovered from eye surgery shortly after the conclusion of The International 2019 (TI9), where they bowed out in third place in front of their home crowd.

In their return to competition, PSG.LGD shockingly failed to qualify for the Leipzig Major after getting eliminated from the tournament’s open qualifiers last November and later bombed out of the ONE Esports Dota 2 Singapore Invitational in December.

In a statement on their official Twitter account, PSG.LGD stressed that trading Ame was both for their “players’ personal wishes and for team development.”

Ame has been with PSG.LGD since the start of his career. He began with one of the organization’s many academy teams in 2015 before climbing up the ranks to join the main team in 2016.

He was instrumental in PSG.LGD’s ascent to the top of the Chinese Dota 2 scene, helping the team win two Major championships and finish in second and third place in TI8 and TI9, respectively.

Ame’s replacement, Ahjit, has been a mainstay of the Southeast Asian Dota 2 scene since 2015. He notably played with Tigers and Mineski before becoming inactive a couple of months prior to TI9.

Ahjit moved to China for the 2019-2020 DPC season, starting with CDEC Avenger last September then was later moved to the main CDEC squad in December.

PSG.LGD will have to go through the open qualifiers again on February 12-13 to try and qualify for the ESL One Los Angeles Major in March, but this time with Ahjit as their carry player.

Meanwhile, Ame and CDEC will be among the teams that have already been invited to the tournament’s closed qualifier.

READ MORE: China qualifiers for the LA Major have been postponed due to the Coronavirus outbreak