Where will the wind carry Yopaj? 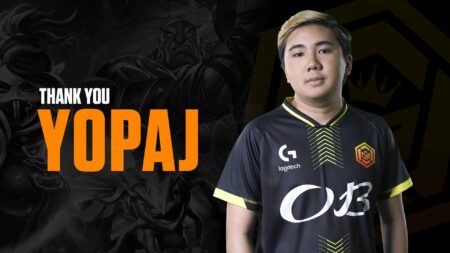 The dust hasn’t quite settled yet in SEA as yet another player joins the existing pool of free agents — OB.Neon’s star midlaner Erin Jasper “Yopaj” Ferrer.

Yopaj has proven his worth after three years with the team

Having spent the last three years growing alongside Neon, the time has finally come for Yopaj to sprout his wings and leave the nest.

Proving his worth after an unbelievable performance on Windranger during their elimination match against Team Secret at the ONE Esports Singapore Major earlier this year, it wouldn’t be a surprise if he gets picked up by another team.

With both Skem and Yopaj’s departure, fans are now wondering who would end up replacing them.

Is OB.Neon currently playing with their new finalized Dota 2 roster?

As of now, the team is currently scheduled to play in the QH Sports Dota Series 2 with two standi-ns, Akashi and Qui.

There have been no official announcement as to whether the two are permanent additions to the team or simply trying out. Currently, both players are still officially under Ground Zero.