Nigma is looking to freshen up their roster. 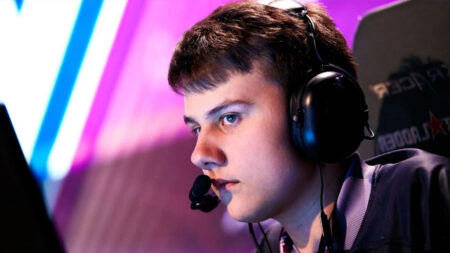 Some changes will be coming to the Nigma Galaxy squad ahead of Tour 3 of the Dota Pro Circuit 2021/2022.

Nigma is parting ways with Russian ahrd carry player Igor “iLTW” Filatov after a one-year stint, while retaining the core players that are still playing together from Team Liquid.

On Nigma, the 22-year-old endured one of the team’s most difficult periods. The team failed to qualify for The International 10, missed out on both the Winter Regional Finals and the Stockholm Major this season, and was relegated from DPC WEU Division I during the second Tour.

Nigma will start the new Tour with a new player, in a team that has resisted making hasty changes.

It remains to be seen if Amer “Miracle-” Al-Barkawi stays in position one or two, which could affect their next player recruitment.

A high-profile player who was recently left teamless and is capable of filling either role is Syed “SumaiL” Hassan, who parted ways with Team Secret yesterday.

SumaiL also joined OG last year just to compete in the Western Europe Qualifier for TI10, which they qualified for over Nigma.