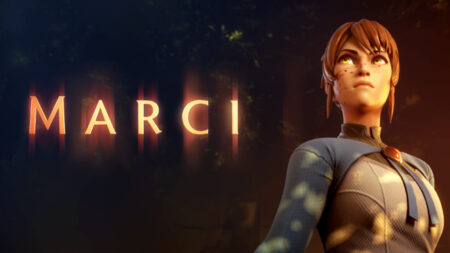 After a surprise announcement during TI10, Dota 2 fans can now play as Marci from DOTA: Dragon’s Blood in the latest Dota 2 patch 7.30e update.

Joining the ranks as a strength hero, Marci’s skill kit excels at disrupting her foes with annoying AoE slows and stuns. What’s more, she can also buff herself and an ally with bonus damage and lifesteal to increase damage output and survivability.

With such a versatile skill and talent set, she’s going to be a great go-to hero in your future pub games.

Marci can grab either an enemy hero or ally and toss them behind her.

Enemies thrown will take damage and be stunned upon impact with the ground. All enemy and neutral units in the landing zone of the thrown unit will also be stunned and take impact damage.

Marci dashes to a unit and springs over them.

All enemies within range of her landing zone after bounding will take damage and remain slowed for three seconds.

If the unit she catapulted over is an ally, they’ll gain 35% extra movement speed for five seconds.

Marci imbues an ally and herself with bonus damage and lifesteal for six seconds.

Marci gains fury charges for 18 seconds that allow her to deliver rapid strikes. The last hit of each rapid strike creates a damaging pulse around the target that slows movement and attack speed for two seconds.

In between fury combos, she’s is unable to attack for one and a half seconds.

For more details on her stats and abilities, visit the official update page on the Dota 2 website.