Kuroky will announce the new organization before the next DPC Major/Minor qualifier. 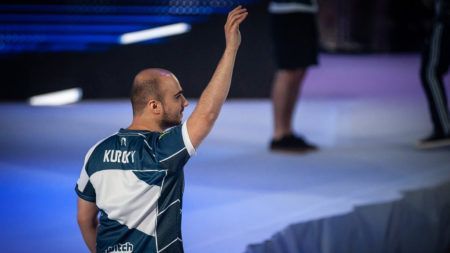 Ex-Team Liquid captain, Kuro “Kuroky” Takhasomi, has confirmed that his old squad will continue playing together.

Following TI9, Team Liquid co-owner, Victor “Nazgul” Goosens, announced that Kuroky and the rest of the Liquid roster would be departing from the organization after almost four years together, which included two TI grand finals and one Aegis of Champions, to form their own organization.

However, since then Kuroky and the rest of the team have been quiet on social media regarding their new organization.

That is, until yesterday.

Following TNC Predator’s win at ESL One Hamburg, plenty of teams and players from the Dota 2 community took to social media to congratulate the Southeast Asian team on their historic win.

Among them was Kuroky, who also took the opportunity to provide an update on the ex-Liquid crew, stating that they will announce their new organization before the next Major/Minor qualifiers and that the team will stay the same:

The next two DPC events are the DreamLeague Season 13 Leipzig Major and the WePlay! Bokuvel Minor.

Qualifiers for the Major are expected to be held from December 1-4, while the Minor qualifiers will take place on December 5-6, so we should know the name of Kuroky’s new organization before then.

The new organization will comprise of the following roster: