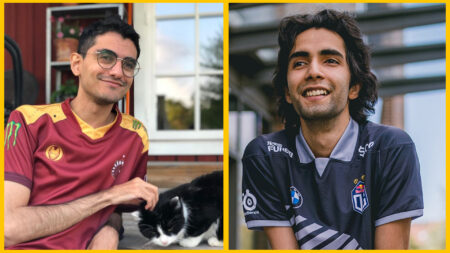 Fans have been loving the addition of Team Liquid’s Aydin “iNSaNiA” Sarkohi to The International (TI10) panels as he’s been giving viewers deep Dota 2 insight and spilling behind-the-scenes tales.

During a guest appearance on TI10’s D stream in game one between OG and T1, fans learned of an inside joke behind Syed Sumail “SumaiL” Hassan’s minimap meme where iNSaNiA recalled an interesting story when he was on the Team Liquid squad.

According to iNSaNiA, Team Liquid coach William “Blitz” Lee was watching SumaiL’s perspective during one of his games. At the time, he had clear ward vision of an incoming midlane gank.

However, SumaiL didn’t notice the incoming gank even with ward vision

Under normal circumstances, a professional Dota 2 player would back off, teleport to another lane, or hide, but in SumaiL’s case, he did neither of those things.

After witnessing the obvious gank, Blitz jokingly told him to use his minimap because “it’s good”.

And so iNSaNiA and the team turned the incident into an inside joke, and members of Team Liquid have been memeing him about it ever since.

READ MORE: Io and Monkey King are two heroes with a 100% presence at TI10 so far