That is one insane speculation. 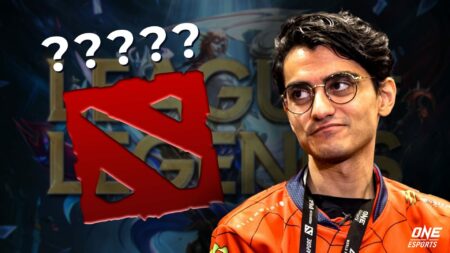 Despite being in the professional Dota 2 scene for about five years now, some fans still confuse Aydin “iNSaNiA” Sarkohi as a player from a different esports title.

The Team Liquid captain revealed in The International 2021 (TI10) opening stream that people sometimes mistake him for a League of Legends player because of his Dota 2 settings.

While it sounds like fans have gone insane over iNSaNiA, there’s a good story behind all the confusion. Let us take a closer look at the two most classic PC titles in the multiplayer online battle arena (MOBA) genre.

His Dota 2 minimap is located on the bottom right of the screen, as seen during his Twitch livestreams, instead of the default bottom left corner.

Where is the Dota 2 minimap located?

iNSaNiA’s minimap setup is a more common sight in League of Legends.

Here is a side by side comparison of the default minimap settings of the two MOBAs, taken from TI10 and Worlds 2021: 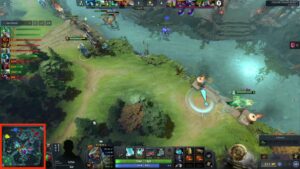 “A lot of people ask me if I’m from the other game,” said iNSaNiA.

“League of Legends? You can mention it,” replied Sheever.

“Oh, we can say it? I thought it gives it power if we say its name,” joked iNSaNiA during the live broadcast.

“Guild Wars had its minimap on the top right,” he explained. “So when I started playing Heroes of Newerth (HoN) and the game was making me choose between the bottom left or bottom right, bottom right seemed more natural.”

iNSaNiA was a former professional Heroes of Newerth player, Garena’s MOBA game, released about a decade ago.

READ MORE: What is Cheese in Dota 2? It’s more than just an item