How much impact can Febby have in one month? 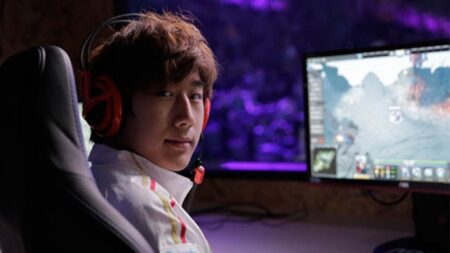 Team Undying announced the addition of a new coach, Kim “Febby” Yong-min, to assist them in their quest for the Aegis at The International 10.

The former coach of TNC Predator is currently on-site with the team in Romania, helping the squad get ready for the biggest tournament of their lives.

Febby brings his veteran experience to Team Undying for The International

Febby was part of TNC Predator’s roster as a coach and occasional stand-in when needed.

He helped the team secure second place in ESL Mumbai, and first place in the BTS Pro Series Season 4 as after nearly four years of absence from competitive Dota 2. He picked up the MVP award at ESL Mumbai despite the team’s loss in the final.

Febby is also a veteran on The International stage. He has attended three TI’s with an impressive fifth-place finishing in TI6. This experience could prove vital for Team Undying, who have first-time TI players attending the tournament.

READ MORE: This is why Puppey is the only player to attend every International