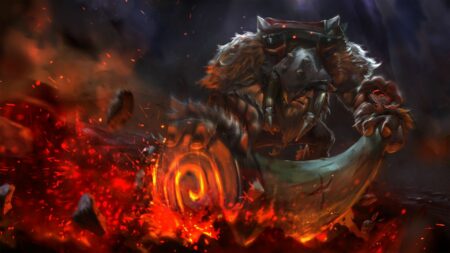 Dota 2 patch 7.30e is the latest balance patch after The International 10 (TI10). Meta heroes have been nerfed, underpowered heroes got buffed, and items have been rebalanced.

When it comes to neutral items, IceFrog decided to give Fae Grenade a minor rework so that the item isn’t overpowered on specific heroes and useless on others.

How do these changes affect Shadow Brand?

The old Fae Grenade active ability, Shadow Brand, did 20 damage per second for seven seconds to the enemy heroes on top of the user’s attack damage when used.

For most heroes, this translated to the hero’s damage with an additional 160. It wasn’t an incredible tier two neutral item, but it was decent, if not a tad underwhelming from the 17 to 27 minute mark in-game.

Earthshaker however, is the one hero who was able to abuse Shadow Brand, making it incredibly overpowered.

Earthshaker could use Enchant Totem to get 400% bonus damage, and then use Fae Grenade on enemies. Enemies would take the bonus 400% damage without removing the Enchant Totem buff on Earthshaker.

This essentially allowed Earthshaker to use Enchant Totem twice if he had a Fae Grenade. It was clearly an absurd power spike.

Shadow Brand now deals a consistent 280 damage regardless of the hero. 280 damage is a sizeable nuke during the mid game, and its damage over time also makes it very effective at countering Blink Dagger

Overall, these changes have turn Fae Grenade into a pretty good tier two item. The item was too situational before, but now it feels a lot better courtesy of the changes in Dota 2 patch 7.30e.