The new roster will compete in the EPIC League. 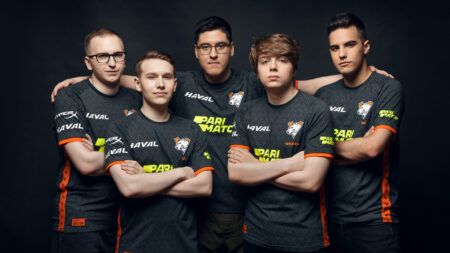 CIS-based esports organization Virtus.pro has made the decision to transfer its VP.Prodigy players to the organization’s main Dota 2 roster.

The VP.Prodigy squad was formed to help young up-and-coming Dota 2 talents develop their skills and prepare them for the pro-scene. Virtus.pro CEO Sergey Glamazda praised the newly promoted VP.Prodigy stack, saying, “This team had already shown some phenomenal results, [and] reached grand finals in five out of seven tournaments and won three of them.”

During the Dota Pro Circuit’s hiatus, almost all Dota 2 events were adapted to an online format. And that’s when VP.Prodigy proved they’re able to compete against the best teams in Europe and CIS. VP.Prodigy earned its biggest win of the year by defeating the main Virtus.pro roster during the EPIC Prime League last May.

They also finished as the runner-up of the OGA Dota 2 PIT Season 3 EU/CIS, where they put together an incredible lower bracket run, eliminating Team Nigma, Team Liquid, Na’Vi, and Alliance.

The organization announced that the original Dota 2 roster — including CIS legends Vladimir “No[o]ne” Minenko and Alexei “Solo” Berezin — will no longer be playing under the Virtus.pro banner. The duo joined Virtus.pro in 2016 and helped the organization win multiple ESL Dota 2 championships, which includes the Bucharest Major title during the 2017-2018 season.

Virtus.pro has also parted ways with Igor “iLTW” Filatov, Roman “Resolut1on” Fominok, and Bakyt “Zayac” Emilzhanov who were all part of the main Virtus.pro lineup. According to VP’s official announcement, “the former Virtus.pro players remain under contract with the club.”

The former Gambit and Na’Vi Dota 2 players, Danil “gpk” Skutin and Illias “illias” Ganeev will make their debuts under the Virtus.pro banner during EPIC League Division 1 on November 12.