EG’s iceiceice explains why he had to leave SEA

After three years playing in SEA, iceiceice is moving to NA. 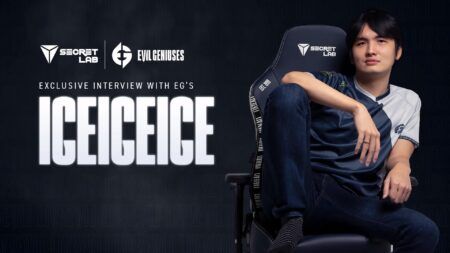 Veteran Singaporean Dota 2 player Daryl “iceiceice” Koh has explained why he decided to move to the North American region to play with his new Dota 2 roster Evil Geniuses.

In an interview with gaming chair company Secretlab, iceiceice shared that he wanted to play in a new environment.

iceiceice mentioned that he has been playing in Southeast Asia for the last three years of his career, but staying in SEA “is going to make me too comfortable, and I’m not going to be able to play my best.”

The famed Singaporean pro player began his Dota 2 career playing in the Southeast Asian region from 2011 to 2013. He then moved to the Chinese region where he joined the infamous Dota 2 superteam Team DK. iceiceice would then play for Vici Gaming and EHOME until he decided to move back to the SEA region after a fifth/sixth place exit at TI6.

According to iceiceice, the goal is still to win The International. “Everything is about winning TI, everything else is just a qualifier.”

When asked about his extended off-season break, iceiceice says he’s just been catching up on life. “It’s been 10 years since I’ve taken a break from professional gaming ever since Dota 2.”

Expectations remain high for iceiceice and EG as the favorites to win the North American region with all other organizations folding their rosters due to the DPC hiatus caused by the COVID-19 global pandemic.

EG’s coach Kanishka “BuLba” Sosale has also stated in a previous interview that iceiceice was the perfect choice for the team after the departure of Roman “Ramzes666” Kushnarev as the team’s offlane player.

With the DPC set to begin on January 18 with regional league competitions, EG looks to qualify for the first Major of 2021 with its newly revamped Dota 2 roster.

READ MORE: Everything you need to know about Hoodwink