Nobody can blame them, honestly. 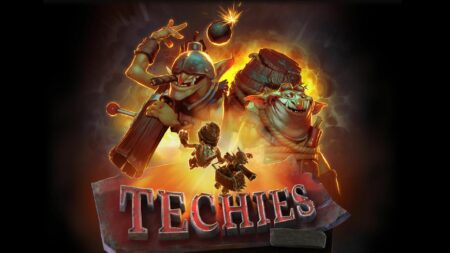 PSG.LGD swept Team Aster 2-0 in the OGA Dota PIT Season 5: China over the weekend. Even though PSG.LGD were favorites in this series, the way they won with Techies still surprised everyone.

The two teams met in the Lower Bracket semifinals. It was a rematch between two Chinese juggernauts, for PSG.LGD previously won against Team Aster twice in the I-league three months ago.

Team Aster were leading during the laning stage in game one, with their carry Medusa leading the charge. Utilizing Viper, Timbersaw, and Nyx to control the map, things were looking up.

However, the game state can change in an instant in Dota 2. One fight at the 14-minute mark shifted the advantage to PSG.LGD, which they held onto till the end.

Team Aster switched gears in game two, and decided to go for a fast-tempo draft. Picking Razor as a carry to snowball early, and Death Prophet for strong tower pushes, they relied heavily on their winning lanes.

Unfortunately for Team Aster, PSG.LGD counterpicked two great supports to stop them in their tracks. Treant is able to heal up towers to full health, given enough time, while Techies sealed the deal.

Techies is renowned for his ability to stall games. Not only that, but should he reach level 25, Techies becomes his team’s sole win condition, and can easily solo the enemy throne.

Knowing that their lineup won’t be able to out-scale Templar Assassin, Team Aster were forced to go all in. Both teams were even at the 12-minute mark, but it didn’t take long for Team Aster to call it quits.

The moment Du “Monet” Peng walked into a minefield after his team had lost a fight, everybody knew it was over, and Team Aster collectively pulled the plug.

PSG.LGD advanced to the grand final of the OGA Dota PIT season 5: China where they will face off against Elephant. Dota 2 fans can watch the game live on Twitch.

READ MORE: Climb the MMR ladder with these easy to use Dota 2 heroes