Is Hand of Midas screaming for a big buff in Dota 2?

Hand of Midas isn’t getting the love it used to get. 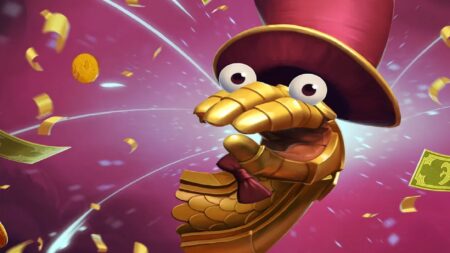 Hand of Midas is one of those Dota 2 items that is either very popular in the meta, or completely ignored.

Dota 2 patch 7.29 is definitely the latter for Hand of Midas. The item is rarely purchased, and only used on very specific heroes with a 50% win rate.

Why Hand of Midas needs a buff right now

There are better items for attack speed

For the price of 2,200 gold, Hand of Midas gives 40 attack speed. That equates to about to one attack speed per 55 gold. That’s…. not bad actually.

The thing is, there are better options if you want attack speed in your build. Hyperstone provides 60 attack speed for 2,000 gold. That’s one attack speed per 33 gold, which provides more value.

There are other alternatives as well. The new Blitz Knuckles gives 35 attack speed at the price of 1,000 gold, that is almost the same amount of attack speed as a Hand of Midas for less than half the cost.

No matter how you slice it, there are better items for attack speed out there. Does Hand of Midas’ active, Transmute, make up for any of it?

Sorry, Transmute is too awkward to use

Transmute will always give 160 gold, but the amount of experience you get varies depending on the creep. Generally, it provides more experience if you target stronger creeps.

A small Shard Golem that usually gives 17 experience, will contribute 35 experience with Transmute, while Hellbear Smasher for example, gives 190 experience, which is more than the usual 90. Transmute therefore is more rewarding when used on big creeps.

That said, the amount of gold Transmute provides is static, at 160 gold, which is still problematic.

It’s not the ideal meta for Hand of Midas

Dota 2 is in a four-protect-one meta right now. Most games involve teams picking a hyper late-game carry while the other four players make space for the hero to scale.

This prevailing Dota 2 meta is the result of how effective stacking creeps is in patch 7.29, along with carry heroes like Medusa and Luna who can quickly clear these stacks.

Simply put, there is enough farm to go around for teams to draft hyper late-game carries. In such cases, why would anyone buy Hand of Midas?

Hand of Midas’ main goal is to accelerate a player’s farm, but it also costs a lot of money, and after which, the item takes nearly 20 minutes to pay for itself, assuming perfect usage. That’s too slow to be worth it in most games.

There are better farming items for meta heroes

Two other items are typically bought to accelerate farm for current Dota 2 meta heroes: Mask of Madness and Yasha, both of which handily beat Hand of Midas.

Mask of Madness allows heroes to jungle indefinitely, while its active, Berzerk, provides a large attack speed boost to right clicks for a few seconds. Perfect for clearing out camps fast.

Furthermore, it costs 1775 gold, has a better buildup, and most importantly, can be disassembled to build into Satanic and Butterfly late game.

Yasha isn’t as effective for farming, but it still gives users a significant increase in movement and attack speed.

It is also cheaper than Hand of Midas, costing 2050 gold. Yasha can upgrade into Manta Style, or Sange and Yasha, both of which are fantastic items to have for late game. Yasha also comes with easy-to-purchase parts.

On the other hand, Hand of Midas costs 2200 gold, offers decent attack speed, but doesn’t come with any other stats or recipes. What’s more, Hand of Midas can’t be disassembled, and often times will be sold in the late game.

Overall, it’s fair to say that Midas needs a buff in Dota 2 patch 7.30. These are potential ideas IceFrog can go with.

Hand of Midas has been receiving buffs over the last few patches. The item’s cost was previously reduced by 100 gold, while it’s cooldown was reduced by 10 seconds.

It’s possible that IceFrog continues this trend in Dota 2 patch 7.30. Reducing the cost, in particular, would be helpful for Hand of Midas.

Another possibility is to reduce the item’s recipe cost to 1000 gold, but requires two Gloves of Haste instead.

Every time someone uses Transmute, they have to choose to sacrifice either gold or experience efficiency. This is an awkward design that could be removed in patch 7.30.

Hand of Midas ideally should provide static amounts of gold and experience, which makes it equally effective regardless of which creep it is used on. Likewise, both the experience and gold gain could include a multiplier, making it more effective on large creeps.

The next Dota 2 7.30 patch will likely cause a big meta shift

Dota 2 Patch 7.29 was released on April 9. It’s been over five months now, and players are looking forward to fresh changes in patch 7.30.

We expect a nerf to the current four-protect-one meta, where hyper carries will be affected, or neutral camps, or a combination of both.

Either way, whenever a strategy is nerfed, it’s alternatives become more viable. If there is less farm on the map, Hand of Midas has potential to create gold from nothing, and might become worth purchasing.