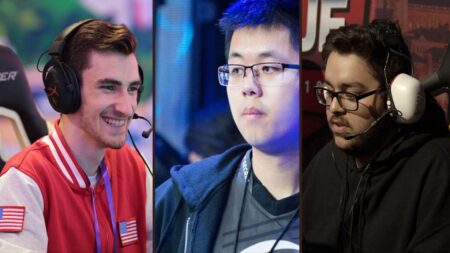 Beyond the Summit has announced its latest Dota 2 tournament, the BTS Pro Series Season 8 Americas.

The tournament will feature some of the strongest teams in North and South America, and includes an Open Qualifier.

The Open Qualifiers will be open to 128 teams in the Americas region. It will run from September 4 to September 5. The top team will advance to the Group Stage.

Running from September 7 to September 19, the Group Stage will include eight invited teams and two teams from the Open Qualifier.

The playoffs will feature the top eight teams from the Group Stage, and run from September 22. The grand final will take place on September 26.

The Open Qualifier will be played in a single-elimination best-of-one format, except for the semifinals and final, where matches will be best-of-threes.

All playoff matches will be best-of-threes in a double-elimination format, except the grand final which will be a best-of-five series.

The tournament is open to all Dota 2 teams in the Americas region. Eight teams have been directly invited to the main event. The remaining two teams will begin their journey in the Open Qualifier.

The prize pool for the BTS Pro Series 8 is US$40,000, with the championship team taking home the lion’s share.