Celebrate the Christmas season with even more hats! Just in time for Christmas, Valve dropped the final promised Dota 2 Battle Pass of the year alongside a brand new Aghanim’s Labyrinth event.

This Battle Pass features the much anticipated Mirana of Nightsilver Persona, Dread Retribution Drow Ranger Arcana bundle, and many more cosmetics and bundles!

Similar to the Nemestice Battle Pass, this new Aghanim’s Labyrinth Dota 2 Battle Pass is loaded with plenty of brand new hats including a Persona for Mirana and a delicious Drow Ranger Arcana for players to get their hands on.

DOTA: Dragon’s Blood fans will be pleased to know Mirana has finally received her in-game Persona and she looks regal as ever.

Equipping the Mirana of Nightsilver Persona will completely change her and Sagen’s models and animations to match those found in the show.

Fans who prefer something more similar to her original look will want to get their hands on the Dark Moon bundle which will alter Mirana’s Personas outfit.

Cursed after having worn the Mask of Maddness, dark memories of her slain family long forgotten have resurfaced to haunt Traxex each and every day.

She also experiences the pain and anguish through the eyes of those lost to dark and cruel fates. Driven mad, Traxex walks the earth delivering merciless judgment on those too blind to see their own twisted reality.

The Drow Ranger Arcana also comes in two styles. The standard blue being the default, and a menacing red variant which players can unlock by snagging revenge kills in standard games.

Even Hoodwink received a bit of a glow up with her first ever prestige set, the Tomo’kan Incarnate.

The bundle comes with a complete four piece Tomo’kan Incarnate cosmetic set. The chest piece alone changes the skill animation for Hoodwink’s Scurry ability whilst also changing the look of the skill icon.

It ain’t a real Dota 2 Battle Pass without some Cavern Crawl sets!

This Cavern Crawl features brand new sets for Bounty Hunter, Faceless Void, and Treant Protector. All of which can only be unlocked by reaching the end of a Cavern Crawl category.

How to unlock these new bundles and Persona?

Excluding the Cavern Crawl sets, the Drow Ranger Arcana, Hoodwink set, and Mirana Persona for this Dota 2 Battle Pass can only be claimed after hitting specified Battle Pass levels.

Levels can be earned by playing matches, completing objectives, or purchasing levels directly.

After reaching Battle Pass level 234, players will receive an Immortal Treasure every 20 levels. 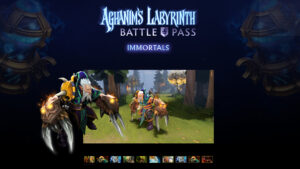 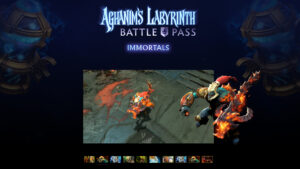 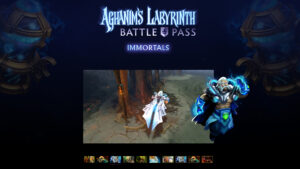 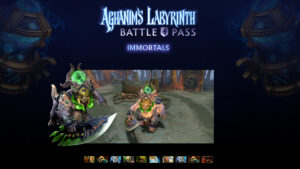 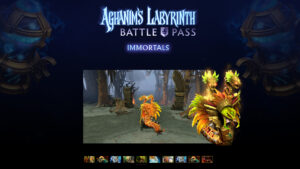 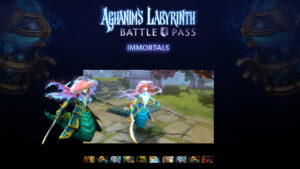 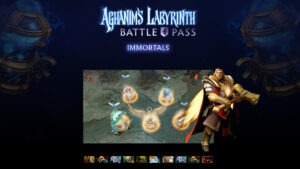 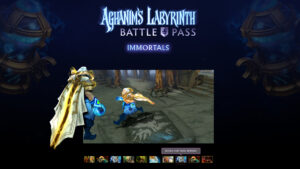 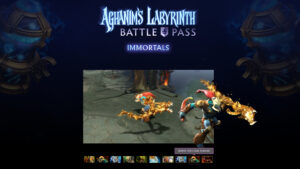 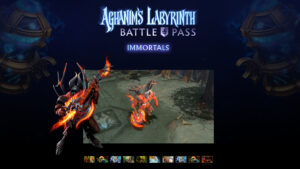 The 2021 Battle Pass comes in three tiers fans can purchase:

Check out the entire Dota 2 Battle Pass and the Aghanim’s Labyrinth event on Dota2’s official site.