LilyPichu’s music debut: Here’s how you can watch the 2-hour concert live OfflineTV’s Lily “LilyPichu” Ki is a woman of many talents. Before making a name in streaming, voice acting, and making art, she first gained recognition for her short, parody songs, and, later on, full-length piano pop songs.

Seven years later, after releasing her extended play “Lilies” in 2015, the streamer is holding her first in-person concert in California titled “Comfi Beats” in collaboration with League of Legends singer and her longtime friend, TJ Brown. The event is powered by manufacturing, design, and branding solutions company Warren James.

Here’s everything you need to know about the LilyPichu concert, including its setlist, merchandise, and where to watch it live.

Date and time of the LilyPichu concert

The concert will also feature surprise guests, as well as a live projection mapping. 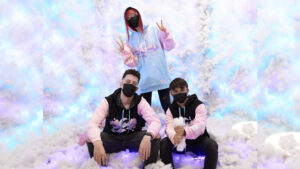 There will also be exclusive apparel sold online and at the venue during the event. Fans can purchase hoodies and t-shirts on the concert’s website.

Where to watch LilyPichu’s concert

In the LoL community, LilyPichu is widely recognized for her parody songs “I’ll Quit LoL” and “Do You Want To Give Me Blue Buff?”. Before releasing singles in 2020, she performed instrumental covers of anime songs together with her now ex-boyfriend, Albert Chang.

LilyPichu’s most popular YouTube video shows her playing the melodica while following random cosplayers during IndyPopCon 2017.

She is also a rising voice actress and voices the 4-star ninja Sayu in Genshin Impact.

READ MORE: The 5 best LilyPichu cosplays of all time