The month of March is widely recognized as Women’s History Month in the United States, the United Kingdom, and other parts of the globe. It celebrates women who are making history in different fields, including esports and gaming.

What better way to set the celebration in motion than with a Renata Glasc cosplay, featuring League of Legends’ strong, independent female champion? Let’s take a closer look at Valentina Kryp’s take on the Glasc Industries founder.

Streamer and host Valentina Kryp wowed LoL fans with her brilliant cosplay of the Chem-Baroness. She totally owned the Crime City Nightmare concept by bringing to life Renata’s default black and white business suit and her mechanical arm, complete with the champion’s glowing staff weapon.

The character’s prop breather mask makes her look all the more intimidating, highlighting her fuschia-lit eyes powered by Chemtech. 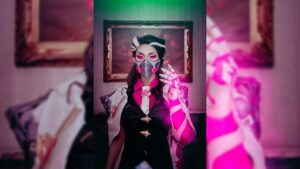 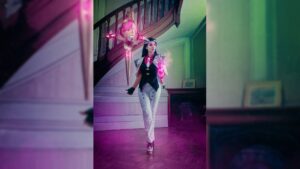 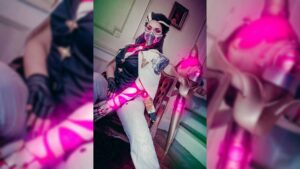 Her attention to detail is quite remarkable as well, nailing Renata’s gray hairstreaks and eyebrow slits.

Paired with Valentina’s unfazed and confident expressions, one look at this cosplay will instantly make any League of Legends fan feel empowered.

Aside from Renata Glasc, Valentina has also cosplayed other League of Legends champions such as Vi, Evelynn, and Ahri. Fans can check out more of Valentina Kryp’s cosplays on her Instagram account.

READ MORE: How is Renata Glasc related to Sevika, Silco, and other Arcane characters?