The world’s greatest diva has arrived. One Piece fans are on cloud nine this year, especially with the release of the anime series’ Netflix live-action adaptation, a new video game One Piece Odyssey, and its 15th movie, One Piece Film Red.

The movie will focus on Shanks, one of the Four Emperors and Luffy’s childhood hero. Aside from the red-haired pirate, the film will also reveal a mysterious female character who wants Luffy to quit being a pirate.

Here’s everything you need to know about the movie, including its release date, trailer, characters, and voice actors.

One Piece Film Red’s Japan release date is set on August 6. The movie will also be shown in France, Taiwan, and the Philippines.

One Piece Film Red characters and their voice actors 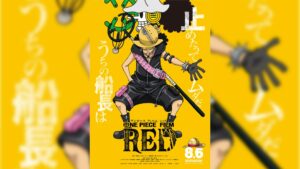 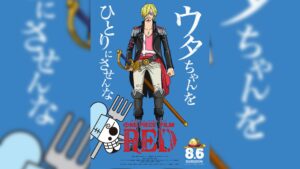 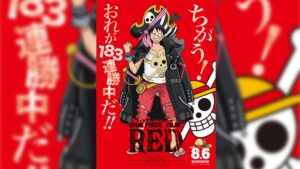 The trailer starts with a close-up shot of some music sheets, followed by a rough illustration of the mysterious, unnamed female character in the film.

“Will her voice bring forth eternal happiness, or endless imprisonment?” the narrator teases.

Shanks appears at the end of the video with a seemingly worried look on his face.

Another trailer reveals the relationship between Shanks and Uta, and even gives fans a peek at the mysterious girl’s childhood.