The Thousand Sunny Ship sets sail for a new adventure in an upcoming game, featuring Monkey D. Luffy and his crew exploring a new mysterious island filled with secrets and powerful enemies.

Here’s everything you need to know about the One Piece Odyssey game, including its story, gameplay, characters, release date, and what platforms it can be played on.

What is the One Piece Odyssey game all about?

One Piece Odyssey is a video game adaptation of the One Piece anime franchise written and illustrated by Eiichiro Oda. The RPG game will feature a brand new story about Monkey D. Luffy and the Straw Hat Pirates.

The story begins with the Thousand Sunny crew getting shipwrecked and separated from each other during a storm. Main man Luffy embarks on a journey of reuniting with his friends and finding his iconic straw hat on a new mysterious island.

Odyssey producer Katsuaki Tsuzuki worked closely with Oda to provide a faithful adaptation of the beloved franchise. Oda even created various original character and monster designs for the game.

While it’s been three years since he designed the characters, Oda’s initial reaction to Odyssey was one of awe. The One Piece author praised its “incredible immersion” and mentioned that it was like watching a movie.

As for Odyssey’s locations, the art team found inspiration from preexisting material such as the One Piece manga and anime.

Gameplay of One Piece Odyssey 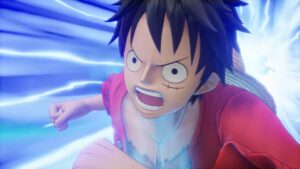 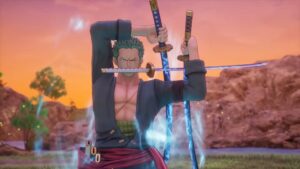 The One Piece Odyssey game brings the classic anime characters to life in an RPG setting. As seen in the trailer, players can roam around the island and do various tasks such as completing quests and clearing out dungeons.

The combat system showcases the cast’s incredible skills, such as Luffy’s Gear Third technique and Zoro’s Three Sword Style. A section of the trailer also featured a finishing move that combined three skills into one attack.

Aside from Luffy, a majority of the Straw Hat Pirates will be playable characters in the One Piece Odyssey game. Here’s the complete list:

Release date of One Piece Odyssey

The One Piece Odyssey game is set for a 2022 release on the PlayStation 4, PlayStation 5, Xbox Series X|S, and PC.