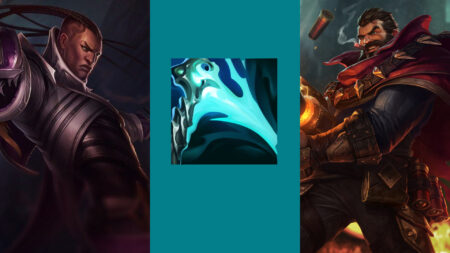 League of Legends: Wild Rift patch 2.4 brings with it huge gameplay changes and a long list of new items.

Out of the 10 new items introduced, six have a major impact on AD carry builds. What’s more, many of these items increase the user’s bonus critical strike. Coupled with the adjustments to champions this Wild Rift patch 2.4, a new league of marksmen is here to slay.

AD carry spellcasters are rejoicing in the presence of Essence Reaver

“Essence Reaver is a new core item for mana-hungry crit users that are looking to deal damage beyond just critical hits, but with their abilities too,” wrote Riot Games in its League of Legends: Wild Rift patch 2.4 notes.

As such, AD carries who rely on their spells while weaving auto attacks in between, such as Lucian, Ezreal, Xayah, Miss Fortune, and Corki, are clear winners. What’s more, Essence Reaver opens up a critical strike build path with the added 25% crit chance.

Instead of force building Blade of the Ruined King due to the previous lack of options, AD carries can now build new item Essence Reaver, Infinity Edge, and one additional attack speed item to hit 75% crit chance, like in League of Legends PC. Finally!

Ported from League of Legends PC, an AD carry will build Serylda’s Grudge for two main reasons: Armor penetration and its slow effect.

This new item in Wild Rift patch 2.4 is especially useful when you are up against a team composition with no healing and therefore do not require Grevious Wounds.

If you’re an AD carry on Ezreal who’s ahead in-game, you can opt for Serylda’s Grudge over Iceborn Gauntlet for even more kiting, especially if you don’t need the defensive stats.

When it comes to Lucian, the addition of new item Serylda’s Grudge to his League of Legends PC build paired with Essence Reaver is a fairly recent phenomenon, popularized over the last two months. Bitter Cold’s slow effect procs on Lucian’s ultimate, The Culling, which gives him the option of either kiting back or opening a team fight with this ability.

Another League of Legends PC port, the defining feature of new item Stormrazor is its passive, which allows you to deal bonus magic damage as you reposition, and slow enemies for a short duration.

Graves has been the number one user of this item, and Tristana as well to tide over the mid-game. Excoundrel further explains that Stormrazor is more of a situational, two-item AD carry combo that also strengthens melee users like Tyndamere and Master Yi in chasing down enemy targets.

To find more information about all the new items, read the Wild Rift patch 2.4 notes here.