The difference between a butcher and a surgeon. 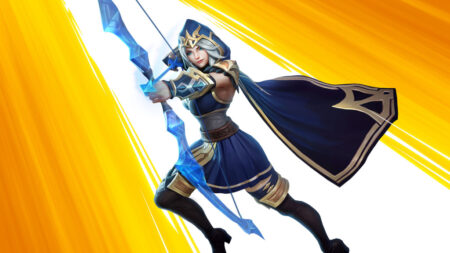 With the introduction of brand new items to the game, new Sentinels of Light champion Akshan, and multiple buffs and nerfs, League of Legends: Wild Rift patch 2.4 has a lot to unpack.

The most underrated feature however, is the introduction of “Target Lock Filtering”.

What is Target Lock in Wild Rift?

On League of Legends PC with a mouse and keyboard set up, players select minions, a champion, or monsters by hovering their mouse indicator over these units.

On League of Legends: Wild Rift mobile, players perform the same action by dragging out their auto attack button, and pulling it towards a targeted unit. Indicators and guiding lines visually tell you which unit you’re locked onto.

When champions, minions, or turrets are bunched up together in a team fight however, locking onto your desired unit becomes much more challenging. In between trading against opposing champions and last hitting minions, players may accidentally select the wrong unit.

What Target Lock Filtering does and how to select it in-game on Wild Rift patch 2.4

With this new Target Lock Filtering feature, Riot stated that “players no longer have to worry about accidentally switching targets from enemy champions to minions or towers mid-fight.”

According to Riot Boourns on Reddit, the Target Lock Filtering is a new setting that players will need to manually enable. “We don’t default it on because sometimes you may want to target a specific minion (i.e. not the lowest health one we default to),” he added.

In addition, Riot Games also reintroduced the Targeting Priority (Closest) feature “so that it only applies to champions”. Activating this means that when you tap on an ability, it will autotarget the closest champion within range.

READ MORE: Irelia is now S-tier thanks to these massive Wild Rift patch 2.3b buffs