This is the best Wild Rift team comp according to Excoundrel

Nerfs are not enough to bring them down. 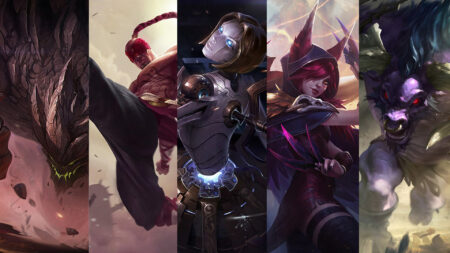 League of Legends shoutcaster and content creator Ceirnan “Excoundrel” Lowe has released his full ranked Wild Rift tier list for high ELO in all roles based on patch 2.2, with the inclusion of the Rift’s latest champion, Galio.

Starting in the Baron lane, Malphite remains in S+ tier. With the buffs to tank items on patch 2.2, he’s even better now. Joining him at the top are Akali and Darius, who Excoundrel rates as the two best solo queue champions if you one-trick them.

Despite the nerfs to Lee Sin, Excoundrel still justifies him as the best jungler under any circumstance because he can be played aggressively, is great in 1v1s, and has high gank potential. He’s also a very good answer to the newly added second S+ tier jungler, Evelynn.

Dethroned, Orianna is no long Excoundrel’s queen of the mid lane after patch 2.2’s nerfs. He believes that Katarina is even better on Wild Rift because you can pick up daggers during her Death Lotus ultimate, which gives her even more mobility. Plus, her passive damage is very high.

“A good Katarina player can take over games, especially in the hands of the right person, [she’s] one of the most scary mid laners to play into the game right now,” he said.

Still, if you’re looking for a stable mage in the mid lane, Orianna is your girl. Excoundrel doesn’t think that the nerfs to her were that bad as it mainly affected her early game output. During the late game, she’s still strong.

In the Dragon lane, unsurprisingly, Xayah and Kai’Sa remain in S+ tier. Both of these AD carries can be picked blind. Again, despite nerfs, Alistar remains in S+ tier in the support role because of the tank item buffs.

“He still has insane damage reduction on his ultimate, he’s still incredibly good at team wide CC around dragon fights, and he’s got great engage,” said Excoundrel. Swap him out for Janna if you prefer enchanter supports.

Overall, Malphite, Lee Sin, Orianna, Xayah, and Alistar have great combos, and are strong team fighters. What more can you ask for?