How to play against Blitzcrank in the Dragon Lane

It’s time for a true display of your skill. 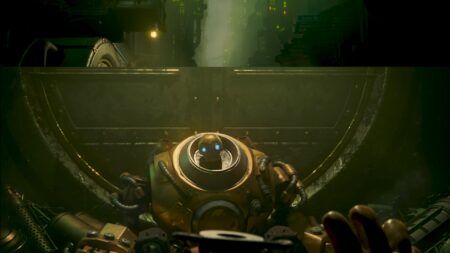 Out of over 40 champions in League of Legends: Wild Rift during this open beta phase, ten are considered true supports. Among these ten, Blitzcrank has been a top pick in ranked games.

Even though he was recently nerfed in patch 1.0A, Riot Games only decreased his base health and health regen, and the damage of his ultimate, Static Field. The reason why he’s so devastating is because of his first ability, Rocket Grab, a unique mechanic in the game that pulls a single champion to him and stuns them for a short duration.

When he chains this with his other abilities, namely the knock-up from Power Fist and silence from Static Field, there simply isn’t any counterplay. Unable to Flash out, any squishy target will definitely be taken down.

The second reason why Blitzcrank tops the charts is because other League of Legends supports that are traditionally picked against him have not been ported over from PC. There’s no Black Shield from Morgana to spell block, neither is there Leona, a tanky support that if pulled, can lock down the opposing marksman and turn the tables on Blitz.

For now, without the option to ban champions in ranked, players will just have to learn how to play against Blitzcrank.

Be familiar with Rocket Grab’s range and cooldown

Spacing and positioning is everything when playing against Blitzcrank. First, you’ll need to play as many Wild Rift games as it takes for you to recognize the maximum range of Rocket Grab. The more you stay outside of its range by constantly re-positioning, the less likely you’ll get pulled.

Once you’re familiar with Rocket Grab’s range, you’ll be more confident in dodging it. Since it doesn’t go through minions, you’ll start to recognize the angles that a Blitzcrank player is searching for. If you stay behind your minion line and ward the side lane bush, he loses pressure.

You know you’ve reached a good level of familiarity when your spidey senses tingle when a Blitz starts to inching towards you — or even Flash — to get a clear Rocket Grab shot.

Since Rocket Grab is what makes or breaks a Blitzcrank, its cooldown is intentionally high at 20 seconds. So the moment he misses, that’s the time you should retaliate and punish him during this window.

Pick Alistar and Braum against Blitzcrank

Since you’ll have to work with the current limited champion pool, tanky support champions are better options than ranged, squishy ones. Soraka, Sona, and Seraphine are all food.

When Alistar hits level six, he definitely wouldn’t mind being pulled in by Blitzcrank. His ultimate, Unbreakable Will, cleanses himself of all crowd control and reduces incoming damage by a percentage. In fact at level three, when Alistar has access to his 3-ability combo, he can even choose to all-in the enemy marksman with Flash and Ignite.

Braum is also a solid choice against Blitzcrank, though he’s more on the defensive side. He would not perish even if he gets pulled, and can get out of a thick situation by using Stand Behind Me backwards. Remember, Unbreakable doesn’t block Blitzcrank’s Rocket Grab, so you’ll still need to learn how to play around it.

Even though Gragas, Malphite, and Jarvan IV aren’t classified as supports, it is possible to play them in the Dragon Lane. These champions function the same way as Alistar and Braum in that they’re a little bit more tanky and have the potential to kill the enemy AD carry.

Gragas’ Body Slam is an ability you can use to dodge Blitzcrank’s hook. At level six, if any of these three champions get pulled, it could spell disaster because they’re really good at jumping on or displacing the enemy marksman with their ultimates.

Since you’re a tanky support, there are times where you need to take the hook for your AD carry. Once pulled in, you’ll have to quickly make decisions and cast your abilities so that both of you walk out alive. As long as the enemy does not get a kill, it is worth it.

If you still rather stick to ranged supports, beware that it comes with a higher risk. One Rocket Grab, one Flash down, and a second Grab will definitely kill you.

If Janna manages to survive the initial burst, she can also cast her ultimate, Eye of the Storm, to reset the fight.

Another support champion that has in-built speed is Nami. Her passive, Surging Tides, gives allies bonus movement speed when they’re touched by any of Nami’s abilities. Since she can cast her first three abilities on herself too, she can speed herself up when Blitzcrank runs at her.

For a more offensive route, Lux support is used against Blitz because her spells can outrange him. A long-range mage, she can poke her opponents down, and slow Blitzcrank with Lucent Singularity. Having Prismatic Barrier for a shield helps too.

On these champions, dodging will be your highest priority. You’ll also need to learn how to best respond if you or your marksman is pulled and that comes with practice.

When it comes to marksmen in the Dragon Lane, the top pick against Blitzcrank is Ezreal. Not only can you use Arcane Shift to easily dodge an incoming Rocket Grab, it is also buffered.

This means that even if the Rocket Grab lands onto you, if you had cast Arcane Shift at just the right time, you will move in the direction of Arcane Shift (usually backwards) and not get pulled in.

Not to mention, Ezreal’s core item, Iceborn Gauntlet, creates a zone that slows enemies, and is super effective against Blitzcrank who likes to speed into the fray.

Aside from S-tier choice Ezreal, Vayne’s first ability, Tumble, allows her to dodge skill-shots. Even though it can’t be buffered like Arcane Shift, it’s at least gives you a lifeline. She also does a great job at punishing Blitzcrank after he whiffs Rocket Grab thanks to the movement speed from her passive, Night Hunter.

Other marksmen do not have abilities that create gaps, so a secondary choice would be Kai’Sa. Her third skill, Supercharge, grans her bonus movement speed. However, since it scales with attack speed and requires a certain amount to upgrade for invisibility, you’ll still need to rely on dodging.

Ashe, Jhin, and Varus are three of the most immobile AD carries in League of Legends: Wild Rift, and are not at all recommended against a Blitzcrank or a high engage team composition.

READ MORE: Ezreal and his core item Muramana have been nerfed