These nerfs were much needed. 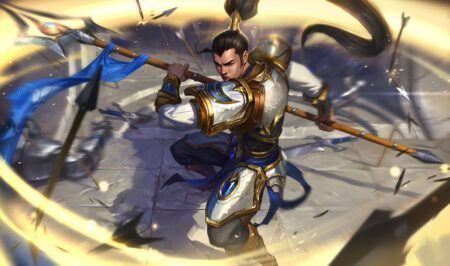 According to Riot Games, this is the first balance League of Legends: Wild Rift patch for 1.0, so players can expect more to come. The three major updates this patch are nerfs to overpowered champions jungler Xin Zhao, support Blitzcrank, and AD carry Vayne.

Take note that based on Riot’s system, updates that only contain balance adjustments and fixes will be categorized with letters.

Ever been in a game with a fed Xin Zhao? He runs around the map, gets kills, and even though you brought him down to low health, his abilities paired with Conqueror allows him to keep on going.

Acknowledging that he’s an outlier this patch, the balance team is aware that his pick rate and win rate are over the top. “His full combo is sweeping foes off the map, and teammates can’t even touch him if he has his ultimate on,” wrote Riot.

Xin Zhao will therefore take a hit to his base stats, making him squishier than before. Most significantly, his base attack damage has been lowered, and the cooldown on his ultimate increased to 100 seconds at the first tier, lowering his early game power.

Even when Blitzcrank misses a hook, he can still run up to vulnerable targets and punch them to death. The lowered health and health regen means that opponents will be able to punish him harder for either missing a hook, or mispositioning.

His ultimate damage took a big hit too, dropping damage by 50 at all levels, while the silence duration has been halved. These will certainly give opponents a chance to respond.

Riot’s intention with these nerfs is to target Vayne in the solo lane, specifically by reducing her movement speed. Most significantly, Silver Bolts damage has been decreased by 20 at every level. Overall, this should give players more counter play options. Just don’t pick Darius into her.

Click here for the full patch 1.0A patch notes.