Who says you need an ADC to win. 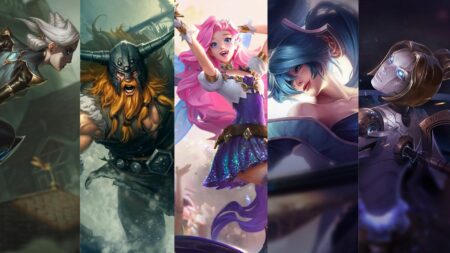 Team Secret has been very creative in their drafts for the SEA Icon Series: Summer Season. For week one of the Philippine group stage, they brought out the chonky boi composition, and most recently, they’ve decided that not all games need an ADC or carry.

In a match against Nexplay Esports, Team Secret drafted a “no ADC lineup”, consisting of Tatsurii (mid) on Orianna, Azar (Baron) on Camille, Trebor (jungle) on Olaf, Chewy (normally ADC) on Seraphine, and Hamez (Support) on Sona.

The team let Camille and Orianna solo the Baron and Dragon lanes, respectively, while Olaf went to jungle, and the two songstresses, Sona and Seraphine, both took mid.

The combo was able to sustain the team through even the worst of clashes, with double the shields and healing. The movement boost from both singers also enabled Team Secret to roam around the map very quickly, and both musical ultimates, Sona’s Crescendo and Seraphine’s Encore, gave ample crowd control for Secret during team fights.

Team Secret has qualified for the Summer Season Playoffs, along with Nexplay Esports. The playoffs will take place in June and streamed via PPGL on Twitch.

READ MORE: Is Galio actually better as a support after these nerfs?