Is Galio actually better as a support after these nerfs?

Or will he remain a top tier mid laner? 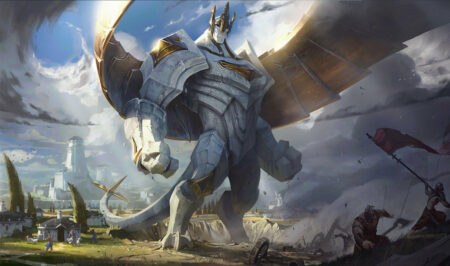 An absolute beast when he was first released in League of Legends: Wild Rift, Galio is practically perma-banned in pro play because he’s both a strong AP damage dealer and a durable tank.

The difference of course, is that unlike burst or long-range controlled mages, Galio does so much more. He gets mid lane priority by clearing waves with Winds of War, pokes down opposing mid laners with the same ability, can initiate with his second and third ability as well as burst them, and exert map pressure with his ultimate.

In the latest Wild Rift patch 2.2a, Riot is overall “toning back his damage across the board, and shortening his Justice Punch range based on feedback that it felt a little long”:

Galio lost 40 base HP, which is a third of a Ruby Crystal, and this change will be felt mostly in the early game. The reduced base damage from his passive is only at later levels, which is balanced.

The biggest change lies in his second ability, Shield of Durand. Its cooldown has increased significantly by three seconds at all levels, and on top of that, had its AP ratio reduced by 15%.

Playing against Galio however, should overall feel better, for Justice Punch’s dash range has been decreased. This means that there are more chances for you to dodge or retreat from his crowd control.

“He needed the nerfs. Galio was absolutely too strong, but this might make him better in support,” said Excoundrel in his patch rundown. “The CC he brings is irreplaceable. He’s one of the best counters to Katarina… We’ll see how this plays out.”