Another legendary CS:GO player is taking his talents to Valorant. 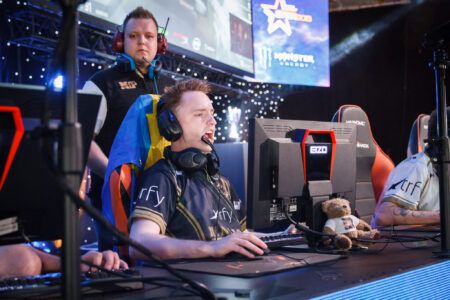 With everything GeT_RiGhT was able to accomplish in his career, he is arguably one of the best CS:GO players in the history of the game. The Swedish FPS superstar started his illustrious esports career in 2007, playing Counter-Strike. And, after winning multiple tournaments early on, GeT_RiGhT then transitioned to CS:GO, when the game was released in August 2012.

Aside from GeT_RiGhT’s individual accomplishments, he rose to CS:GO fame during his time with Ninjas in Pyjamas when he rejoined the team in 2012. He, along with Robin “Fifflaren” Johansson, Patrik “f0rest” Lindberg, Richard “Xizt” Landström, and Adam “friberg” Friberg, had a historic 87-game win streak in 2013. NiP then won ESL One: Cologne the following year.

However, NiP would fall off the rankings, which led to GeT_RiGhT leaving the organization in 2019. He made the switch to Dignitas where he reunited with his former NiP teammates. But, after lackluster performances, GeT_RiGhT would eventually get benched by his new organization.

Since then, GeT_RiGhT has just continued to stream, mosty playing CS:GO along with other variety games. But, with so many former CS:GO pro players like Spencer “Hiko” Martin, Adil “ScreaM” Benrlitom, and Nicholas “nitr0” Cannella reinvigorating their competitive careers by switching over to Valorant, there’s a good chance GeT_RiGhT will find similar success, once he joins a well-established organization.