Get ready for some high level skirmishes and adaptive play. 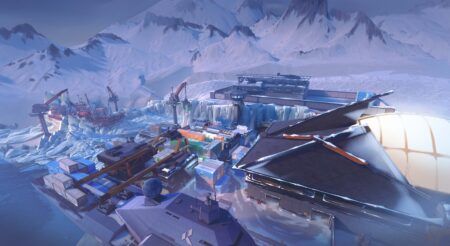 Valorant fans who are tired of playing the same four maps — Ascent, Bind, Haven, and Split — since the game’s launch can finally rejoice because we’re getting a brand-new map called Icebox.

At the start of Act III, players will be able to jump into this secret Kingdom excavation site overtaken by the arctic.

We’ve been playtesting the map for a few days now, and we believe Valorant fans will enjoy their time in this frozen tundra-like setting.

Let’s break down each important segment of the map.

A-site is one giant multi-level training ground, which includes high vantage points for sniping. As attackers close in on the spike site, it becomes a close-quarters combat zone where weapons like the Spectre and Judge become highly effective. A-site also contains a zipline that allows for quick horizontal traversal, along with Ropes that let you get to higher ground. 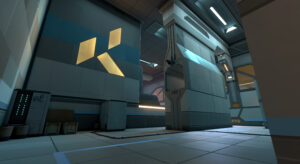 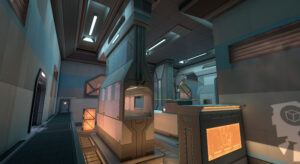 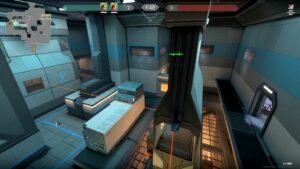 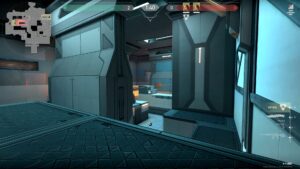 This is probably one of the more difficult locations Riot has created, because of the number of angles that need to be cleared before you can move forward towards the site as an attacker. And, because of this, teams may have a tough time choosing which part of the site to smoke off.

Players will need to practice their vertical aiming because of all the high ground areas that agents like Omen and Raze can get on top of.

In comparison to previously released maps, Riot has introduced something new by designing Icebox’s middle area to be both short and compact. With this in mind, teams on either side can quickly flank the enemy team if they get through without being detected. This is why Killjoy is likely the best agent you can use to tackle Icebox, because her Turret can cover so much ground and will prevent teams from flanking undetected. 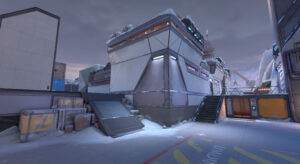 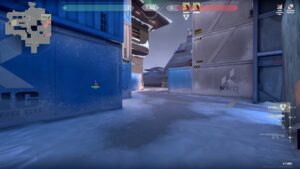 Also, as the travel time through mid doesn’t take long, this will force teams to remain vigilant and watch their flanks. So, we suggest that players start practicing their 180 turnarounds! Teams will have to check their backs frequently, while players will have to improve on their quick and snappy aim if they want to win their aim duels.

B-site is an open area composed of tight passages and multiple shipping containers that may be used as cover. Its most eye-catching feature, however, is that players will be able to plant the spike on the second level of the shipping container. 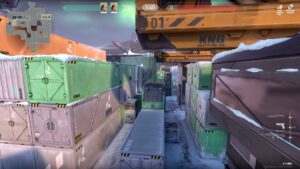 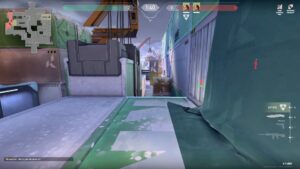 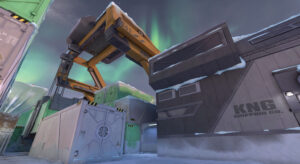 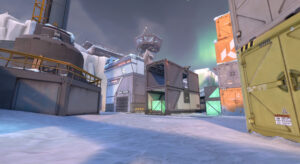 For attackers, a small gap splits the narrow walkway towards the B-site. Once someone is able to pass through, defenders will be forced to fight the attacking team from two fronts. And, to make matters worse, attackers can even block the defenders’ line of sight, which will most likely force the defenders to fall back towards the site.

Meanwhile, for defenders, Sentinel agents like Cypher and Killjoy will be the ideal characters to use. They will be able to buy time for the rest of their teammates to rotate and take the attackers from behind, or to reinforce the spike-site. Raze is another agent that could hold tight corners well with her Paint Shells and Boom Bot ability.

According to Valorant’s Level Design Lead, Salvatore “Volcano” Garozzo, “Icebox was designed to emphasize skirmishes, sharp aim, and adaptive play.” And, after playing the map for a short period of time, we believe they were able to achieve this goal exceptionally well.

Because of the multiple spots players can hold in this new terrain, most agent abilities become less effective. Simply put, there’s just so much ground to cover. This is why players need to be patient and gather as much information, before using their abilities or committing to a push.

Riot’s Maps Art Lead, Devon Fay explained that the inspiration design behind Icebox are films like “The Thing” and “Aliens”.  Similar to these suspenseful movies, players will constantly feel that something is waiting to pounce on them behind every corner.

For those who are anticipating to try the new Icebox map once it’s out on unrated on October 13, we suggest using agents like Cypher and Killjoy just to get a sense of how the enemy team plays the map. Use either Cypher’s Spycam and Tripwires or Killjoy’s Turret and Alarmbot to catch flanking opponents on attack. They can also be used to gather information while playing the defender side.

But if you’re looking to play hyper aggressively, we suggest picking Jett, Omen, or Raze — agents who can more easily get to higher ground and catch opponents by surprise.

Additionally, Riot’s Senior Producer, Dexter Yu explained that the new Icebox map was originally set for release during Episode 2. But, after listening to feedback from the Valorant community, they decided to give the players what they want.

Yu also noted that “under current Riot tournament rulesets — once a map spends 4 weeks in ranked mode, it is eligible for tournament play.” This means, if Icebox fares well in its beta phase, it will become a playable map in the later stages of Riot’s upcoming First Strike tournament series.

READ MORE: Skye is Valorant’s most versatile agent so far