Davidp gets another chance at the VCT! 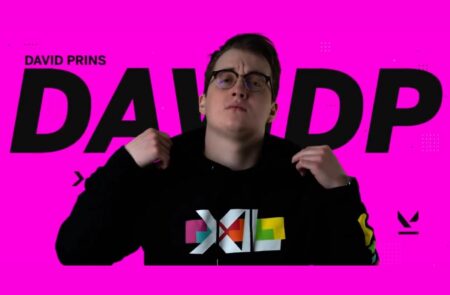 Davidp was leading G2’s Valorant roster up until First Strike EU last December 2020, where they lost the grand finals slot to the then unknown Team Heretics. Davidp publicly expressed his disappointment with his performance on his social channels.

“I personally played really bad that match,” he told ONE Esports in a post-game interview during First Strike EU. “I take this loss on myself.”

Shortly after, G2 announced that they would be benching Davidp from their active roster. Davidp also took to social media to make an official statement, saying that he respected G2’s decision and gives his best to the team. He also shared how difficult the loss was for him, amidst personal problems. He was frequently vocal about his struggle to stay positive in the following months.

“I had the worst year of my entire life, experienced all the misfortunes, felt all the sadness and loneliness,” he shared in a tweet. “I hope for a better year in 2021.”

Things definitely started picking up as EXCEL teased plans for a Valorant team in early March. Rumors began circling about Davidp’s addition to the team, until this announcement finally gave confirmation.

EXCEL shares that they’ve had their eye on the Valorant scene for some time, but needed time and waited for the right players before they jumped into the scene.

“We really wanted to take our time and find players and coaches that aligned with our vision,”  says Kieran Holmes-Darby, Co-Founder & Chief Gaming Officer of EXCEL ESPORTS in a blog post.  “When we started talking to Davidp, it felt like such a natural fit. We have big ambitions and are looking for the best and most promising talent to build out the roster and create a lasting legacy.”

Davidp is the first announcement for EXCEL’s Valorant roster. The team will be vying for a slot in the Valorant Champions Tour later this year, and they’re counting on Davidp’s experience and knowledge to drive the team forward.

“I have never been so hungry to compete since First Strike,” tweets Davidp. “I can’t wait to get back on the server and win more titles.”

READ MORE: Valorant’s latest agent will have you over the moon