Is it time to count LowHigh among Korea’s Tekken Gods?

He’s got you with the one-two. 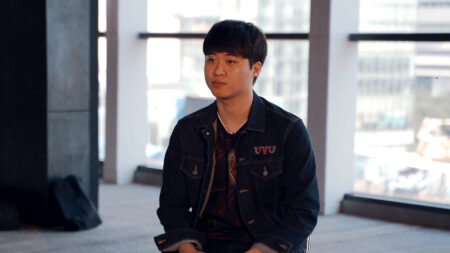 With Korea known as the strongest region in the world of Tekken, the country’s domestic tournaments are always stacked with established Tekken pros and rising KR contenders.

Despite being sent to the loser’s bracket by Meo-il, LowHigh’s Steve went to work on his fellow Korean player in the Grand Finals. To obtain the bracket reset, LowHigh delivered an insane stage-carrying combo and baited out Geese’s parry to land a deadly wall-splat finish.

LowHigh continued his usual pokes to stop Meo-il’s meter burn combos. After taking a round with a hard-stop Rage Art, the Steve specialist landed his swaying command grab for two back-to-back wall combos.

Even though Meo-il selected the incredibly favored Howard Estate as the next stage, LowHigh was completely unfazed. With his back literally against a wall, LowHigh put his guard up and managed to steal the round with a simple poke and a timeout.

Down to the last round, Meo-il managed to land Geese’s half-life combo on LowHigh, but the Steve player immediately came back with a Foot Stomp Right Hook and a spinning ground punch, winning the final series.

With the Invitational win, LowHigh goes home with KR₩2,000,000 (US$1,800) and proves that he’s one of the strongest Tekken players in Korea right now.