From serving double shots of espressos to double luigis! 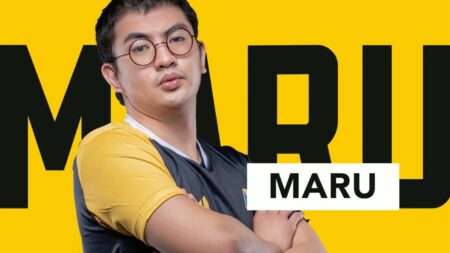 Maru Sy is Bren Esports’ poster boy for Tekken 7, and considered one of the best players in the Philippines, alongside names like Alexandre “AK” Laverez and Andreij “Doujin” Albar.

A Dragunov main with a gritty play style, you wouldn’t have guessed that he nearly quit the Tekken scene for good not too long ago.

Maru was first introduced to Tekken in 2009, when the arcade scene was still active. “I didn’t have a lot of friends growing up,” Maru told ONE Esports. “We lived near malls, so I played a lot in arcades. And that’s where I first encountered Tekken.”

As he played more games, his competitive streak grew, and with it the potential to take it to a whole new level. He joined small community tournaments and, as a teenager, slowly built up a reputation in the Tekken community. However, his after-school hobby wasn’t met with much approval from his family.

“They thought I was gambling my time and money away,” said Maru. “They wanted me to find another hobby.”

Maru still wanted to do what he enjoyed, so he began earning his own money. He made a decent amount from joining small tournaments, but when medical problems plagued his family, he realized it wasn’t going to be enough. After graduating from school in 2017, his priorities started to shift and after a series of tournament losses, he decided to just look for a regular job.

At this point in his life, the future Tekken champion took on a variety of jobs.

He became a Grab driver for a few months and worked at a funeral home. He then worked for coffee franchises Figaro and Starbucks, and became a barista for a few years. While making frappuccinos and lattes, he’d see news about fellow Filipino players like AK and Doujin, who were winning tournaments left and right.

“I got a bit jealous,” he admitted. “They got their dream. All the attention was on them. They had sponsors, they had their families with them during tournaments… I never had that. ‘Well, too bad I don’t play anymore!’ I thought.”

It was then that Maru heard that an esports team was scouting for Tekken players. Maru took a chance and sent his resume to Bren Esports, who signed him immediately.

“When Bren Esports came into the picture, they provided everything I needed. Stick, console, and all I had to do was play,” Maru shared with ONE Esports. “I thought about all the times in high school when I had such a hard time trying to find money to play, and now I’m being given everything. I used to just play in community tournaments. Now, Bren brings me all over the world to compete in big, international ones. The fact that someone was investing this much in me gave me the motivation to be better.”

The professional support was the missing piece of the puzzle. With nothing holding Maru back, he returned to the Tekken scene, this time proudly sporting Bren’s black and yellow colors. He placed first in the Malaysia FVCup x Sea Major Kuala Lumpur 2019, his very first international tournament after his return to the scene.

Confident once more to compete, he continued to impress everyone at the first season of The Nationals in the Philippines, when he went from a tiebreaker for 8th place to fighting his way to a 2nd place finish all in one day.

During Season 2 of The Nationals Tekken 7, he placed 2nd again. He also won the grand finals of the 2020 Eilat Philippine Qualifiers and represented the Philippines at the 12th IESF Esports World Championship. Most recently, he managed to place 2nd in Week 2 of the Tekken 7 ICFC Asia Season 1.

Maru joked that maybe if he hadn’t taken a break from Tekken, the list of achievements would be a lot longer. But now in his second year back and with the backing and support of a major esports team, he knows better than to look back with regret.

“I never thought my arcade days would lead to a career. I guess it goes to show you shouldn’t treat anything as a waste of time,” said Maru. “You never know when it’ll benefit you in the future.”