Let your fists do the talking. 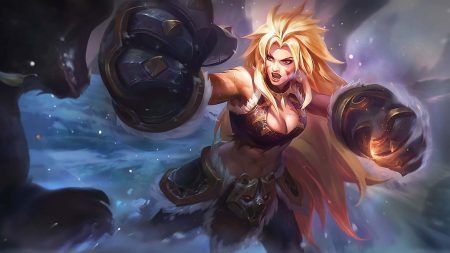 Cignal Ultra were the fifth team to qualify for the ONE Esports Mobile Legends: Bang Bang Invitational, when they defeated NexPlay Predator Solid 3-1 in the Philippines qualifier final.

In the final, Jhones Alonzo “RHEA” De Leon stepped up for his team with excellent play on Masha.

Here are five tips from the man himself to help you with your Masha game:

1. Get your basics right! Run Assassin Emblem, Execute and these core items

On Masha, I use Assassin Emblem. For Talents, I choose High and Dry because it increases damage by 6% on enemy heroes, especially in 1v1 situations.

My battle spell would be Execute – which deals 10% of target missing HP points of True Damage to an enemy hero – so that I can finish off opponents.

2. Use your skills timely in 1v1 situations

Masha is most effective in 1v1 situations, so when you find yourself in one, use Wild Power, her first skill. As much as possible, keep it activated.

When an enemy hero drops to low HP, this is the perfect time to use Execute.

3. Know your purpose in the game

Masha’s main role in-game is to secure objectives. When the team is fighting and there’s an opening, Masha should steer clear from the fight.

Use this opportunity to get objectives instead, such as destroying turrets, downing the Turtle, or even Lord. She can do this easily because as a hero, she naturally deals high DPS.

Masha works well with heroes with good crowd control like Kaja or Aurora. Like any other high DPS hero, a good catch means an easy burst kill.

5. Watch out for counters

Thamuz is one hero who is a strong counter to Masha. When you’re using Masha and the opposing team has Thamuz, it’s best to just avoid him as much as possible. Focus on farming and clearing objectives in other parts of the map – which is what you’re best at doing anyway.