YG is the last team to qualify for the MLI. 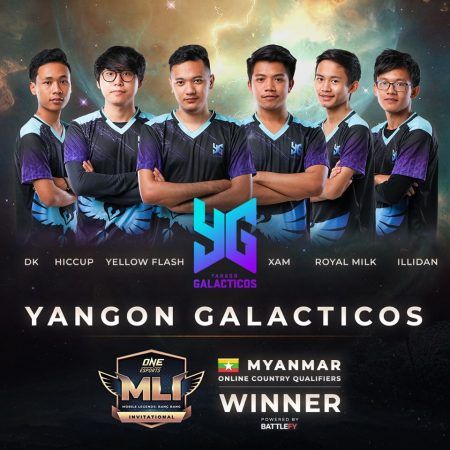 Outworld’s Cake and Shine had some impressive plays throughout the series, but YG came out on top with stronger map dominance and impressive kill-confirms by Xam.

Game one was filled with tough team fights and trades in all of the lanes. Outworld started strong with an all-out midlane attack, taking out two YG players, but Xam flanked his opponents to secure a clinical triple-kill.

With his gold-lead, Xam acted as the second wind to undermanned clashes. By the 7-minute mark, Towerboy found himself stuck right under the midlane turret, but luckily enough, Xam dove hard to tank some damage from Clote and Shine. Though Clote caught sight of Towerboy in the bush, Hiccup unleashed his burst damage on the low-life Atlas for the saving kill.

With the last mid turret going down and Lord making his way through the top lane, YG crashed the top tower and initiated one more final clash to end the game. While YellowFlash focused on breaking the tower, Xam easily roped in all of OW into one area as a distraction. Although Hiccup died in the crossfire, Xam and the rest of the crew crowded around the base inhibitor and destroyed it for the game one win.

Outworld had a more composed look going into the second game. With the team establishing Xam as their main threat, OW opted to frequently attack Towerboy for easy kills and lane domination. Now using Jawhead, Cake secured first blood by flickering through a wall and Ejecting Towerboy into his barrage of missiles.

By the sixth minute mark, YG overtook Outworld with a great invade into their jungle. With DK escaping the clash with barely any health left, YellowFlash entered the scene and executed a low-life Cake for the gold lead.

As YG gained control of the map with tower breakdowns, the team opted for a Lord-assisted push down the midlane. With OW hugging the final mid-tower, YG did their best to claim the most kills in the clash. Though DK fell to Shine’s Energy transformation, the rest of YG rushed in to secure three more kills to their side.

With no one left to defend the four-man wrecking crew, YG proceeded to take down the final towers in OW’s base. As soon as Clote and Shine respawned, YG quickly ganged up to send them back into their death timers. Once DK arrived at the scene, all five YG players stormed the base inhibitor for the second win.

With only one game away from the qualifier win, YG went all-out on offensive pressure. With Xam and YellowFlash teaming up in the toplane, the two easily zoned out Cake to his second turret as the creep waves came crashing into the outer turret.

In just six minutes, YG completely locked Outworld out of their lanes. With Hiccup picking up a double kill in a botlane gank, the rest of YG cornered Clote under his tower for a kill and a tower breakdown. YellowFlash and Xam also pushed their luck in the toplane, taking out two back-to-back towers and a kill on Cake.

With a 10K gold lead, YG sieged the base to close out the game. Even with Hiccup and Towerboy claiming some easy kills in the base, the team had no creeps to destroy the base inhibitor. YG eventually took a step back and ushered their creep waves into the base.

Despite the slow demolishing of OW’s base, Cake managed to squeeze out one more defiant play in the final seconds. Right at respawn, the Badang player charged in with and caught three of YG in a double-kill Fist Crack.

While Cake was stuck in his special skill animation, Xam dodged the Fist Crack and killed the Badang player behind his back. With Towerboy surviving the Fist Crack with Immortality, the final duo wiped out the base to complete the sweep.

Yangon Galacticos has now qualified for the ONE Esports Mobile Legends: Bang Bang Invitational, which will see 12 of the best teams in the world battle it out for a US$150,000 prize pool.