Leo hopes to bring the team to greater heights. 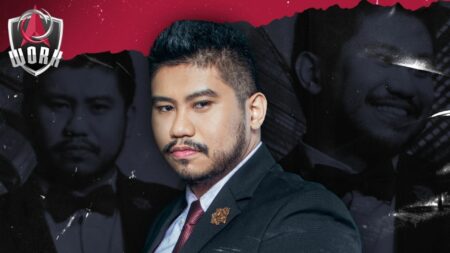 Work Auster Force is looking to ramp up its firepower in the Mobile Legends: Bang Bang Professional League PH Season 7 as they have acquired star shoutcaster Dan “Leo” Cabungay as their technical coach/analyst.

In an official announcement on their Facebook page, Work Auster Force said Leo will be a great asset for the young team, who are looking to make a statement against some of the best MLBB teams in the country in this season’s MPL PH.

“His hard-earned professional shoutcasting standards, technical know-hows and mastery over his voice as much as mastery over game knowledge – all makes him standout as an Esports Broadcaster, Coach, and Analyst in the Philippine Esports industry.” Work Auster Force said in a statement.

Despite being an analyst for Work Auster Force, Leo will continue shoutcasting MPL PH games this season.

“When I am on camera during broadcast, I will do my best to be 100% fair and objective towards the entire league, the competition, and everyone involved,” said Leo.

Dan will work alongside coach Lift and the rest of the Work Auster Force squad comprised of Chuuu, rTzy, 3MarTzy, Kousei, Unravel, and Moht.

READ MORE: Omega and Execration are fighting over who is Bren’s real BFF