Shadow Twinblades: 3 heroes that will dominate with the new mage item 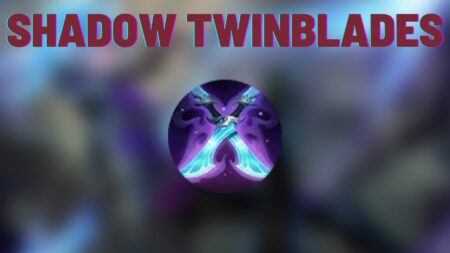 Mobile Legends: Bang Bang patch 1.5.88 brought out some of the biggest changes in the Land of Dawn this year such as more Project: NEXT revamped heroes, items adjustments, and even UI improvements.

However, Shadow Twinblades, one of the latest additions to this patch, stood out for those who love playing mage assassin heroes. The item is perfect for those who want more killing power and is basically the mage version of Blade of the Heptaseas.

Who are some of the heroes that can best equip this game changing item? Let’s find out!

According to the item’s description, it is best equipped by mage assassins who need more damage in their arsenal along with a soft crowd control effect. Here are its stats.

Here are three heroes that can fully utilize Shadow Twinblades to its full potential.

Kaja may not be an assassin, but this item perfectly fits his skills and overall playstyle. For a start, his passive Wrath Sanction stacks with the unique passive of Shadow Twinblades. This gives him immense killing potential with each basic attack.

As for his playstyle, Kaja’s signature flicker-Divine Judgement combo usually does the trick against the enemy’s core heroes, and will only get more deadly with the Assassination passive of Shadow Twinblades.

Gusion is the perfect definition of a mage assassin. His kit basically revolves around eliminating enemies as quick as possible. With that said, the stats alone of Shadow Twinblades provides Gusion with the necessary firepower to do what he does best – kill and survive.

Shadow Twinblades’ passive also works well with the Holy Blade, as it can serve as a finishing blow if his full combo is not enough to kill an enemy.

Karina is one of the clear winners in patch 1.5.88. Most of her skills are reworked, but still maintained the overall feel of the hero. Still, Shadow Twinblades provides her with a lot of killing potential especially when she has built her core items already.

Shadow Twinblades fits perfectly with her first skill Dance of Blades and passive Shadow Combo, empowering her attacks and giving her the necessary damage to kill enemies with ease.

You can check out a summarized version of patch 1.5.88 on Mobile Legends: Bang Bang’s official Facebook.