Ronin Esports’ JustiN: ‘We’re afraid of them, but we trust we can beat them’

The winds of change blew. 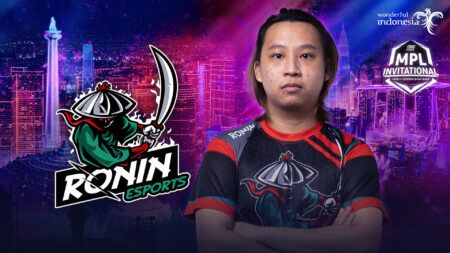 In the opening series of the ONE Esports MPL Invitational, Myanmar’s Ronin Esports stunned fan favorites Execration of the Philippines in a 2-1 reverse sweep.

Their victory came after they were completely demolished by Execration in game one, which ended in under 17 minutes.

Ronin Esports’ mage user JustiN pointed out that their mistake was in picking too many scaling heroes, and they knew they needed to adapt quickly. “We pressured side lanes [in game two and three], because we know that their side lanes are so strong,” JustiN told ONE Esports.

To achieve that, JustiN related that Ronin needed to be much more aggressive against Execration. “Yeah all we knew is fight, fight, fight!” JustiN laughed.

He had a stellar performance on Vale in the deciding game of the series, which he picked to counter Pharsa. Dishing out the second highest total damage in the game at 104,518, his presence was felt every fight.

In that same game, Ronin successfully executed the duo core strategy they had attempted in game one. According to JustiN, they played safer, farmed up for late game, and created space. “Two carries is better than one carry, right? So we pulled [through] for the win,” he said.

As this is Ronin Esports’ very first international tournament, the team trained a lot prior. “We played many Philippine teams in scrims so we can learn from them,” shared JustiN. “But it’s not too easy for us to win. We try a lot.”

“All the teams in this bracket are good. We’re afraid of all of them, but we trust we can beat them.”